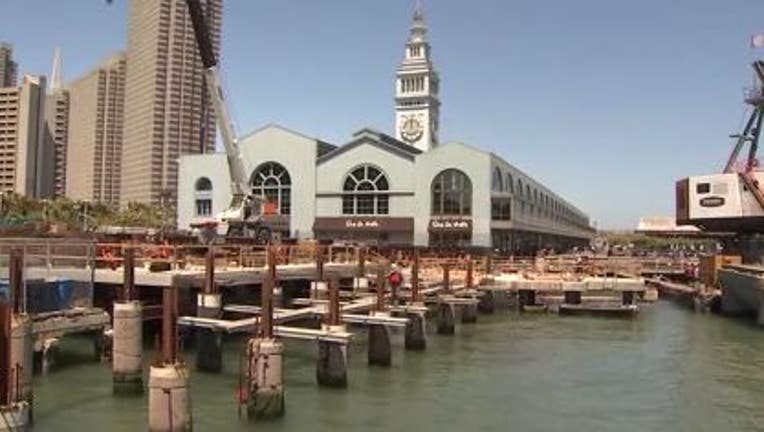 File of the bay waters near the San Francisco Ferry Building. Emergency crews responded to reports of a person in the water on Nov. 30, 2021. The person was located and pronounced dead at the scene.

SAN FRANCISCO - A person pulled out of the frigid bay waters near San Francisco's Ferry Building on Tuesday was pronounced dead at the scene, fire officials said.

The San Francisco Fire Department said that shortly after 8 a.m., it received multiple 911 calls reporting a person spotted in the bay.

Marine rescue crews from both fire and police as well as the U.S. Coast Guard responded to the scene. It took about 10 minutes to locate the person. Officials said the victim was found to be "pulseless and not breathing."

On Twitter, fire officials said, "The victim was assessed by #SFFD Paramedics, and we are saddened to announce that this is a fatal incident."

Officials could only identify the victim as an adult. "The individual was clothed, and it's unknown why or how the individual was in the water," Lt. Jonathan Baxter, the public information officer for the fire department told KTVU.

Baxter said that the temperature of the water was in the high 40s to low 50s and that adults could suffer from hypothermia within ten minutes of being in such temperatures.

The San Francisco Medical Examiner Office will conduct an investigation into the death.