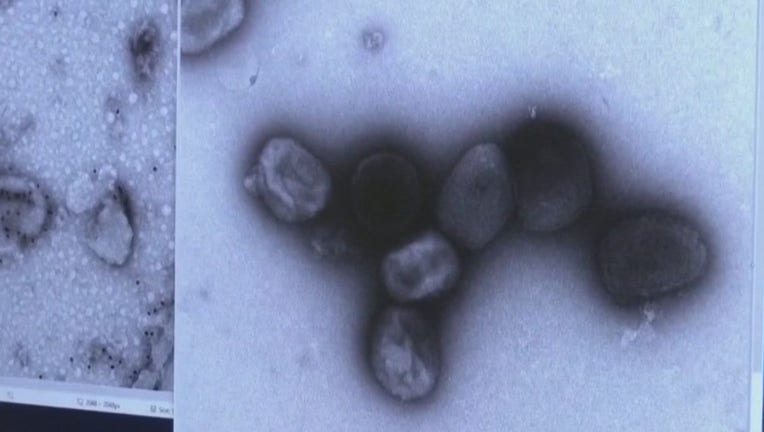 SAN FRANCISCO - An incarcerated person who was suspected of having monkeypox at San Francisco jail tested negative, sheriff's officials say.

The San Francisco Sheriff's Office reported the suspected case last week. The person in question was being isolated from other inmates. Officials said precautions were also in place for interactions with employees.

The negative lab test result came in on Wednesday. Jail officials said there are currently no suspected or confirmed cases of the infectious disease at the jail.

The city is just one of several facing a monkeypox outbreak with 514 confirmed and suspected cases as of Wednesday. Overall, the State of California has 1,733 cases.

The push to vaccinate in San Francisco, although delayed, has ramped up this week. The city's health department has prioritized the first dose of the two-dose Jynneos vaccine due to limited supply. But on Wednesday, health officials updated guidance for those who are immune compromised.

"People who have moderate to severe immune compromise are eligible for an additional dose and should talk to their doctor," the health department tweeted.

The health department website elaborates this includes people on active cancer treatment, people taking medicine to suppress the immune system, and people with advanced or untreated HIV infection among other conditions. People in these categories may not develop immunity after just one dose of the vaccine, health officials clarified.

Zuckerberg San Francisco General Hospital's walk-in monkeypox vaccine clinic administered more than 700 vaccine doses on Wednesday as part of an allotment of 10,000 doses it received this week. The clinic is open again Thursday and Friday from 8 a.m. to noon and again on Saturday from 8 a.m. to 3:30 p.m. Health officials remind that the vaccine is also available by appointment through UCSF, Kaiser and Sutter. Except for Sutter, these providers accept non-patients.

Monkeypox is disproportionately affecting men who have sex with men, though it is not considered a sexually transmitted disease. The disease is seldom fatal and is primarily spread through close contact such as skin-to-skin contact.

You can find out more about the disease and how to protect yourself here.