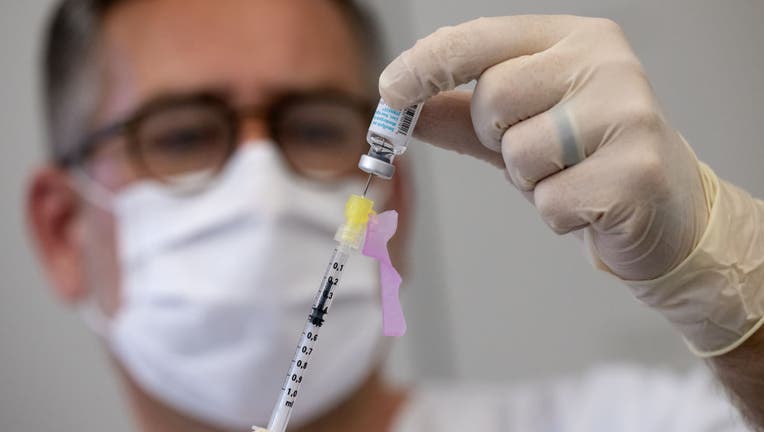 SAN FRANCISCO - A jail inmate who has a suspected case of monkeypox will be isolated, San Francisco sheriff's office confirms.

On Friday sheriff's office officials said the person was arrested and brought into their custody. San Francisco Department of Public Health said the suspected case was not acquired at the jail and that there are no cases among the jail population.

The sheriff's office said any incarcerated person with a suspected case of the infectious disease will be housed in isolation per health department quarantine recommendations. They add that there is protocol in place to keep the inmate safe, as well as any employees who may come into contact with the inmate.

Officials ensure the inmate would shower in administrative segregation on a separate floor apart from other inmates to mitigate possible transmission of the disease. In addition, that shower would be cleaned and disinfected per the health department's standards.

Monkeypox is spread primarily through skin-on-skin contact though it is not a sexually transmitted infection. The outbreak is disproportionately affecting men who have sex with men. However, health officials stress anyone can get monkeypox.

This week both the State of California and the federal government declared monkeypox a public health emergency.

The declarations have been made to expedite access to the Jynneos vaccine and other resources including funding for testing and treatment. Many local politicians have been outspoken in their criticism of what they say has been a slow government response to the disease.

San Francisco's health department on Friday said the Zuckerberg San Francisco General Hospital monkeypox walk-in vaccine clinic would reopen next Tuesday Aug. 9 from 8 a.m. to noon. In addition, they will hold a Saturday clinic, Aug. 13 from 8 a.m. to 3:30 p.m.

The city's health department announced this week that state health officials would allot 10,700 doses of the vaccine for San Francisco. As the effort to vaccinate ramps up, city health officials said in addition to the walk-in clinic, Sutter Health, UCSF, and Kaiser would allow doses by appointment. UCSF and Kaiser are also accepting non patients.

The SF General walk-in clinic has experienced routine shortages of doses and has repeatedly had to close before the end of the week. San Francisco health officials are reporting 444 probable and confirmed cases of the disease as of Friday.