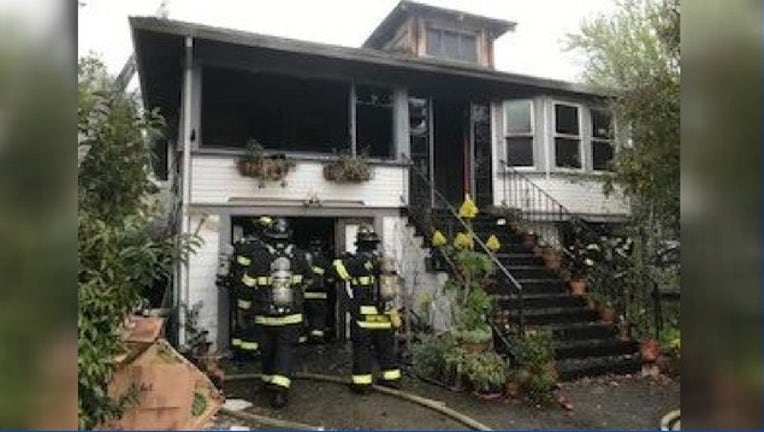 A two-story Petaluma home with no residents inside sustained severe damage in a fire Sunday morning.

The fire was reported at 6:30 a.m. in the 300 block of Wilson Street, battalion chief Mike Medeiros said in a news release. Firefighters extinguished the blaze, which extended to both floors, within 20 minutes.

No one was home at the time of the fire, and no one was injured.

The residents of the home were in the process of moving to a new residence, Medeiros said.

The cause of the fire is under investigation, he said.