Backers of an effort to have three San Francisco Unified School District board members recalled say they have reached the 70,000 signatures needed to get a recall election to make the ballot. Recall supporters say the effort began amidst what they call a botched effort to return students to school for in-person instruction during the pandemic.

SAN FRANCISCO - San Francisco's Department of Elections on Monday announced that three petitions to recall members of the San Francisco Board of Education have been certified.

Director of the city and county's department of elections John Arntz confirms the sufficient number of valid signatures on the petitions has been reached.

The petitions are to recall board members Alison Collins, Gabriela López, and Faauuga Moliga.

The date set for the special municipal election to determine whether or not the board members will be recalled is on February 15, 2022.

The deadline to submit paid arguments for the recall measures is November 29. The arguments will be printed in a voter information guide ahead of the election. 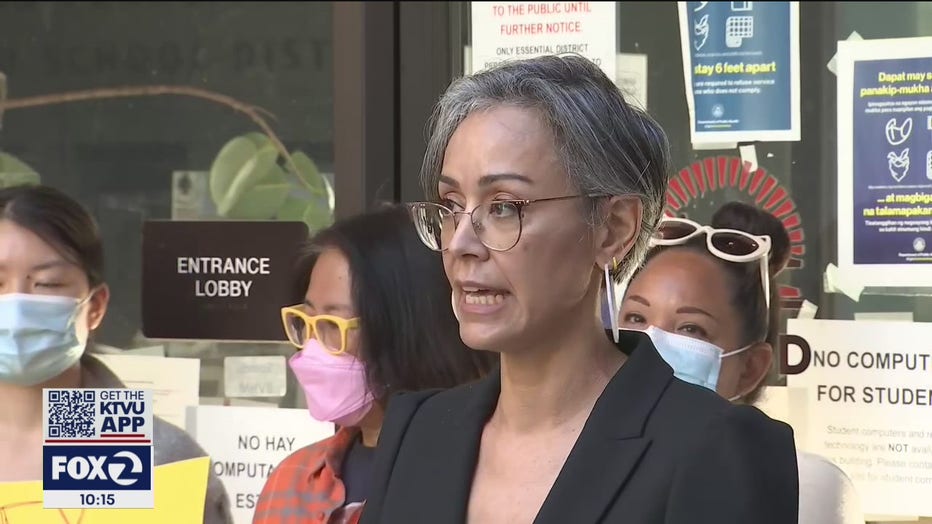 San Francisco's school board was no stranger to controversy throughout 2020 and 2021. They were criticized for their handling of the pandemic and how the school system implemented distance learning.

You may recall the ‘Zoom-in’ protests from last winter where frustrated parents and their screen-fatigued students gathered in Dolores Park to show the importance of learning in a communal setting.

But the board's controversies have not been all pandemic related.

Board member Collins, who is Black, was called out for social media posts that were dug up and labeled as racist against Asian Americans. Calls for Collins to resign were far and wide among high-ranking San Francisco officials, including Mayor London Breed.

Collins said the posts she made on Twitter were taken out of context and never resigned. After her fellow board members voted to strip her of senior board positions, she sued the school district and her colleagues for $87 million, but a judge tossed the lawsuit out.

Backers of the petitions told KTVU back in August, when they had reached the milestone of 70,000 signatures, that they wanted to see new leadership at SF schools and pointed to an annual budget crisis.

Moliga and Lopez were included in those criticisms over leadership.