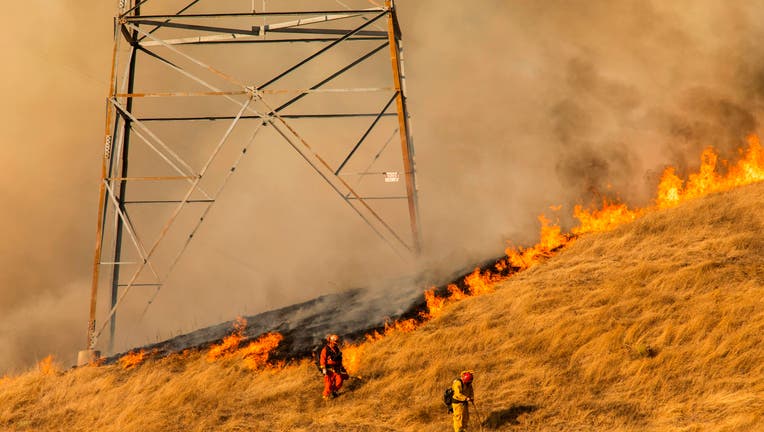 SAN FRANCISCO - Pacific Gas & Electric reported substantial losses for the third quarter on Thursday, driven by catastrophic wildfires that have been blamed on the utility’s outdated transmission lines. The company anticipates those costs could escalate to as much as $6.3 billion.

PG&E filed for bankruptcy in January to deal with an estimated $30 billion in liabilities from wildfires that its equipment may have ignited in 2017 and 2018, including a wildfire last November that essentially wiped out the Northern California town of Paradise and killed 85 people.

The company is also facing criticism for intentional blackouts that have left millions without power as it tries to limit wildfires during dry, windy conditions.

California officials and residents have expressed growing anger over the blackouts, which have left those without power struggling with to keep cellphones charged, find gas and withdraw cash. Businesses and schools were closed for days.

Some accused the company of instituting the blackouts to save money, but PG&E CEO Bill Johnson has said that the blackouts were “well planned and executed” and done “solely in the interest of public safety.”

California governor Gavin Newsom on Friday threatened a possible takeover of the troubled utility unless it can emerge from bankruptcy ahead of next year’s wildfire season with a plan focused on safety. The company has said it prefers to work its way out of bankruptcy protection, but will need the help of government, insurance companies and investors.

Since the utility’s bankruptcy filing in January, PG&E’s shareholders and creditors have battled for control of the company, putting forth competing plans in bankruptcy court that would maintain PG&E’s long-running setup as a for-profit company.

The state’s largest utility on Thursday swung to a loss of $1.62 billion, after a profit of $564 million in the same period last year.

Shares in PG&E fell 5% in morning trading. A year ago, before the they were trading around $48 per share.