At a news conference Friday evening, Johnson showed photos where inspectors found the high winds had blown tree branches into power lines at 31 locations. 21 spots in the East Bay and South Bay, 4 in the North Bay, and 6 in the Sierra foothills.

SAN FRANCISCO - In the face of public outrage and criticism, PG&E President and CEO Bill Johnson said Friday he stands by the decision for a public safety power shutoff that impacted 738,000 customers this week.

At a news conference Friday evening, Johnson showed photos where inspectors found the high winds had blown tree branches into power lines at 31 locations: 21 spots in the East Bay and South Bay, 4 in the North Bay, and 6 in the Sierra foothills.

"If those lines had been energized, we had the potential for numerous instances of ignition, but thankfully those lines were not energized," said Johnson.

Critics say PG&E's decision came at a high cost to customers, who had to foot the bill for generators, fuel, supplies and agency overtime costs.

San Jose's mayor Sam Liccardo says it added up to half a million dollars there.

Many customers and elected officials questioned why such widespread outages were necessary.

"I've asked the Public Utilities Commission to do a complete and thorough investigation  on the circumstances around the power shutoff," said State Senator Jerry Hill, who has been an outspoken critic of PG&E since the company's natural gas lines sparked the San Bruno fires in his district.

Johnson said Friday that PG&E does not intend to reimburse anyone.

"The policy of all the utilities in this state, is when there is a weather event which this is, like a winter storm...the company does not think its liable for these costs," said Johnson.

Another question from the public is why, after months of planning, PG&E had communication failures such as the website crashing.

"What we know is communication, notification, the website and ability to work, everything we've seen has been a failure," said Hill.

Johnson admitted there were lessons learned. He promised better communication and said customers will be receiving phone calls, texts and emails for future power shutoffs. He also said the company needs to keep a focus on improving customer service.

"We need to do things such as have better responsiveness so we can hook customers up faster. We need to work on our cost structure so we can take into account price," said Johnson.

"It was insensitive. It was tone-deaf. It was poor judgement given the timing of this," said Johnson, adding that the party was funded by shareholders not customers. He said he had addressed the entire company about the issue and such parties will not be held in the future.

Johnson said customers should expect that PG&E will have more weather-related shutdowns if there is a high fire risk. 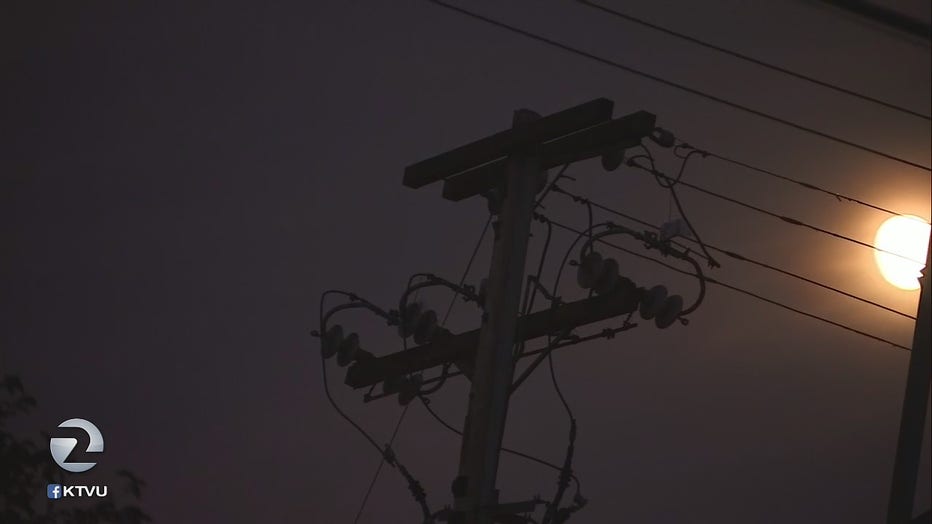 Sumeet Singh, PG&E's vice-president of Asset and Risk Management said crews have added 600 weather stations to collect better data and another 700 will be installed to help PG&E pinpoint more precisely what areas need to have a power shutdown.

Johnson says PG&E also has added 200 new sectionalizing devices this year and plans to add another 600 devices to the system.

"These allow portions that are not affected by adverse weather to remain in service," said Johnson.

He and his risk management staff said yes, it should narrow the scope and reduce the number of customers impacted by a shutdown.

KTVU also asked about how PG&E will pay for the improvements. Johnson confirmed PG&E has requested a rate increase in 2020. Documents on the company's website indicate PG&E has requested $1.1 billion in additional rate revenue for 2020, but that is subject to public evidentiary hearings to be scheduled this fall.