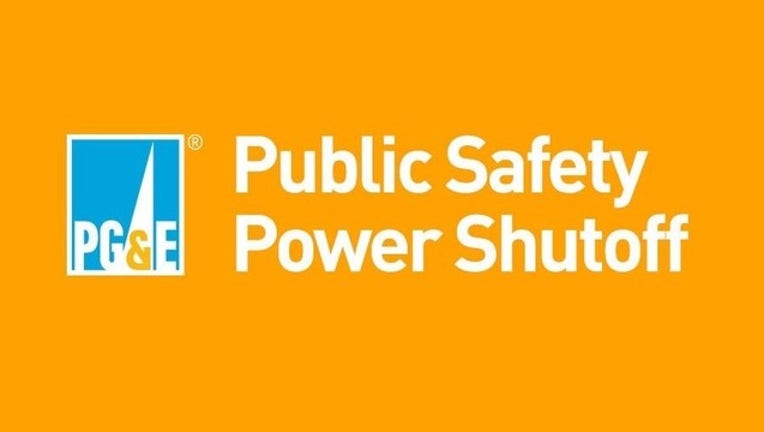 The utility said it began cutting power at 6 a.m. to portions of Napa, Solano and Yolo counties, an area northeast of the San Francisco Bay region. By 3:48 p.m., PG&E announced the event had concluded.

The company also announced Saturday afternoon that it would cut power to 27,000 customers in Butte, Yuba, Nevada, El Dorado and Placer counties.

PG&E is under pressure to prevent fire starts after downed power lines and other equipment have been blamed for conflagrations that began during so-called fire weather.

But there has been opposition from customers who rely on electrically powered life-support equipment as well as businesses that have had to shut down for lack of power.

"We know how much our customers rely on electric service, and our decision tonight to turn off power is to protect our communities experiencing extreme fire danger," Michael Lewis, PG&E's senior vice president of electric operations, said in a statement Friday.

California experienced a very wet winter and spring, and even vast areas that were scorched earth after last year's wildfires now have new head-high brush that is rapidly browning as summer approaches.

Two fires broke out heading into the weekend.

A Friday afternoon grass fire near the Solano County community of Fairfield forced people out of about 50 homes, but firefighters held it to 24 acres without any structures lost and evacuations were lifted.

A wildfire near Interstate 5 in Stanislaus County grew to nearly 1 square mile, but it was 75 percent contained Saturday, according to the California Department of Forestry and Fire Protection.

The state's electricity providers have been given authority to shut off power when fire risk is extremely high, but the California Public Utilities Commission has said they must do a better job of educating and notifying the public, and increase fire prevention efforts such as clearing brush and installing fire-resistant poles.

The National Weather Service's red flag warning was issued for portions of the Central Valley and the Sacramento-San Joaquin River Delta for Saturday through Sunday at elevations below 1,000 feet, where there has been less rain recently and the vegetation is driest.

A heat advisory issued for the region around San Francisco Bay warned of record or near-record heat on Sunday, with widespread highs from 95 to 105 degrees.