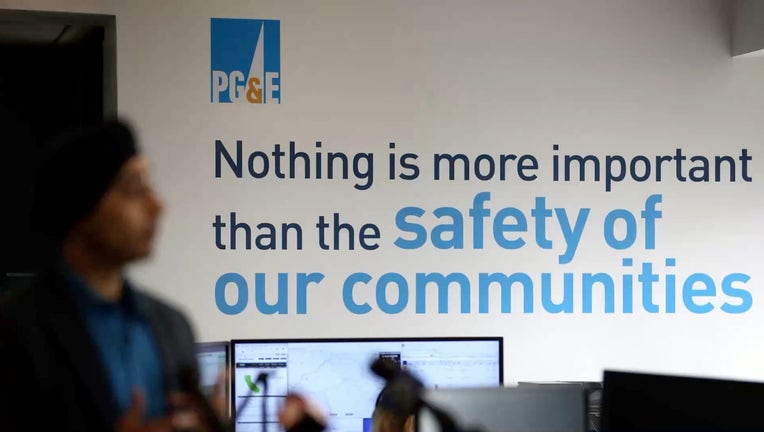 Pacific Gas & Electric shut off power Sunday to about 11,000 customers mostly in the Butte County area, said Angela Lombardi, a company spokeswoman. Another 54,000 customers could see their power shut off later in the day due to the hot, dry weather and high winds in the forecast, she said, adding residents in a total of 16 counties could be affected.

The shutoffs are only called “as a last resort,” Lombardi said. “PG&E meteorologists are continually evaluating and monitoring the weather."

The shutoffs come as fire-weary California prepared for a new siege of hot, dry weather with potentially strong winds that could cause power lines to arc and spark new blazes in parched vegetation that’s ready to burn.

Red Flag warnings for extreme fire weather conditions were issued for the northern and central areas of the state from late Saturday to Monday, the National Weather Service said.

A new wildfire broke out Sunday in Napa County, prompting the evacuation of residents before dawn. The swift-moving fire is near several wineries and has burned 1.6 square miles.

Amy Bordeau, of Calistoga, told the newspaper she woke up to fire alerts and social media messages from worried friends and grabbed the same bag she recently used when evacuating from another fire.

“It’s a bit traumatizing,” she said. “I feel like I’m constantly fight or flight.”

So far this year, more than 8,000 California wildfires have scorched 5,600 square miles, destroyed more than 7,000 buildings and killed 26 people. Most of the loss has occurred since a frenzy of dry lightning strikes in mid-August ignited a massive outbreak of fires. The causes of other fires remain under investigation and authorities said one was caused by a pyrotechnic device at a gender reveal event.

PG&E has said it is striving to narrow the scope and shorten the length of power cuts after being sharply criticized for intentional outages last year that affected millions of people and sometimes lasted for days.

Lombardi said the utility hopes to be able to inspect equipment once the windy weather subsides Monday. After that point, the company aims to subsequently restore power to customers within 12 daylight hours, she said.

The shutoffs are part of a safety program that aims to prevent disasters. Wildfires sparked by PG&E equipment include the wind-driven 2018 Camp Fire that destroyed much of the Sierra Nevada foothills town of Paradise and killed 85 people.