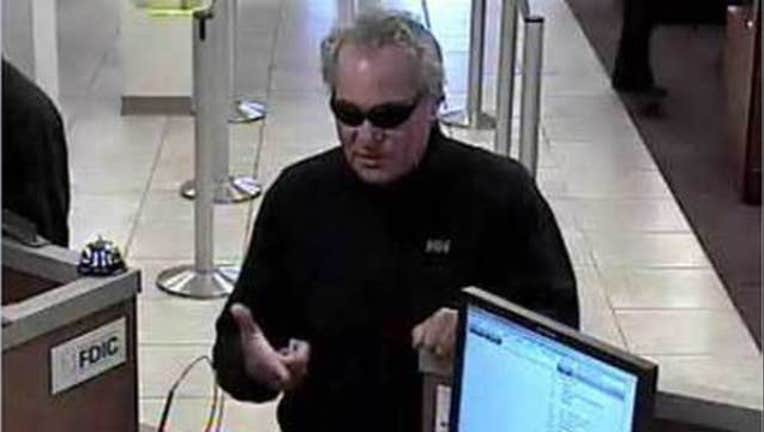 The suspect handed a teller a note demanding money and was given approximately $1,100, Scardina said.

The robber, who appears to have acted alone, did not show a weapon and there were no injuries reported, Scardina said.

The suspect is a white man who is about 55 years old and has gray hair. He was wearing a black sweater, tan shorts, black sunglasses and sandals.