A 3-week-old fire burning in Pittsburg gained renewed intensity Saturday. Multiple calls from residents came into KTVU about a large amount of smoke in the area.

PITTSBURG, Calif. - Con Fire said Friday the wildfire that has been burning in Pittsburg for the last three weeks is still active and is giving off a large amount of smoke.

Officials said they have been monitoring the long-smoldering fire located in the marsh area waterfront, and this weekend it began kicking up new evidence of burning. 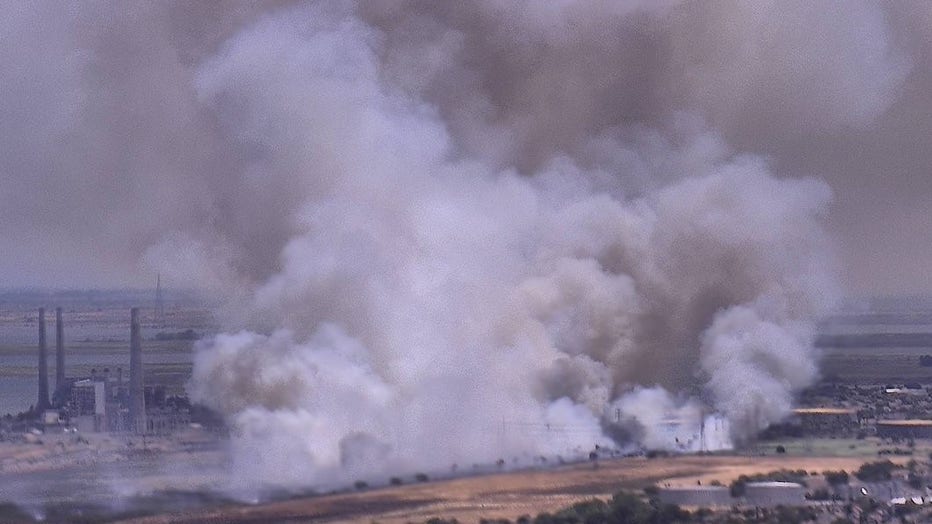 KTVU received calls Saturday from concerned residents who said there was a ‘ton of smoke’ in the air, and that it looked like the fire had reignited.

Con Fire said the flames are in an inaccessible and uninhabited area. They said usually flames will burn themselves out when they get close to the water in the delta.

But yesterday, gusty winds picked up sparks and spread the fire to the palm trees. It was soon throwing off dense smoke that could be seen for miles.

Cal Fire sent helicopter crews to Con Fire on the ground to help keep the fire from expanding.