An alleged domestic violence suspect was shot and killed by police in Pleasanton after a standoff lasting hours at a home.

PLEASANTON, Calif. - A domestic violence call turned deadly after police fatally shot a man who was allegedly armed with a knife at a Pleasanton apartment complex Thursday afternoon, authorities said.

Police released a photo of the knife and new video shows the chaotic moments where the suspect emerged, armed with a knife just as police open fire.

The scene unfolded at a complex in the area of Owens Drive and Willow Road after a woman called 911 to report a domestic violence incident around 11:51 a.m., said Lt. Erik Silacci with the Pleasanton Police Department.

Silacci said when officers responded to the home, a man inside refused to come out. Authorities said the man was barricaded inside the residence for several hours as they tried to negotiate with him to exit.

Video captures the chaotic moments of a Pleasanton police standoff with an alleged domestic violence suspect who was shot and killed by officers. Cameras capture the moment the suspect emerged, armed with a knife before police opened fire.

Police have an update on an alleged domestic violence suspect who was shot and killed by police.

A witness described to KTVU the large scene and said officers had been there for at least three hours.

"I guess they got tired of waiting for him to come out, so they went ahead and broke the windows," the witness said. "The guy came out — he only had a knife — and they blasted him soon as he came out." 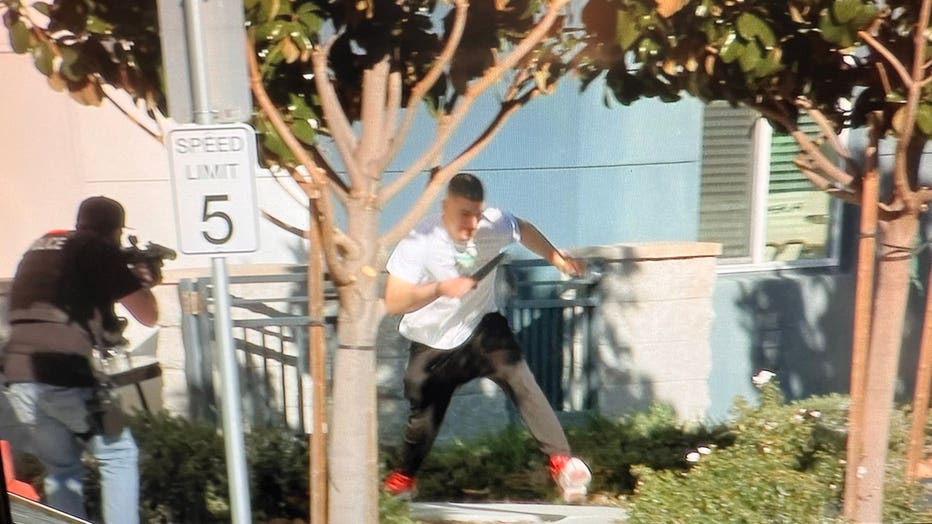 Alleged domestic violence suspect running with a knife in his hand before he was fatally shot by Pleasanton police. 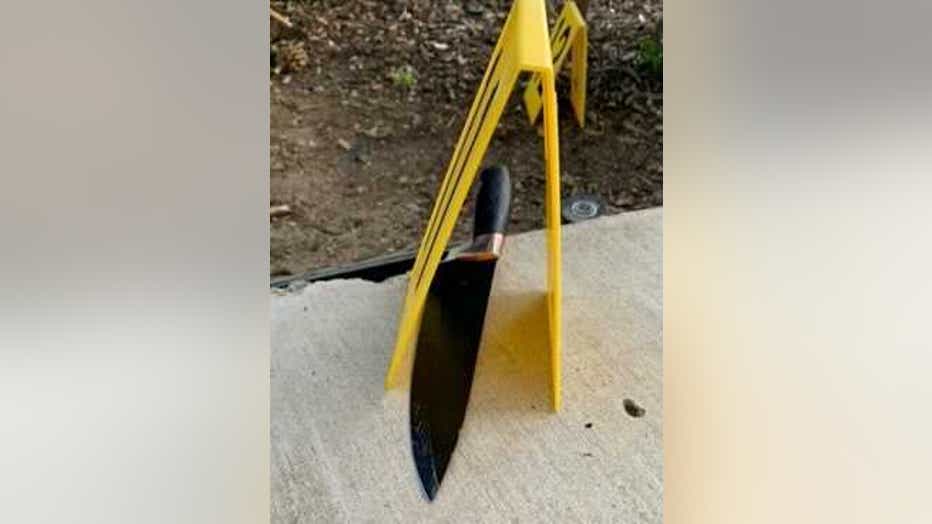 Pleasanton police release photo of the knife a suspect is alleged to have had in his possession before officers shot and killed the man.

Silacci confirmed that the man exited the residence around 3:39 p.m. with a knife. At some point, two officers discharged their weapons. Those involved officers were not hurt during the incident. Authorities are not yet releasing their identities.

Officials have not said what caused officers to fire their weapons, but the Alameda County District Attorney's Office, along with detectives from the police department, are investigating what led up to the shooting.

The deceased man's identity has not yet been released.

The video offers a rare look at a confrontation with police and its deadly consequences.

I ran to the window and was like, ‘What was that?’ and I was like ‘Ahh…I think they shot him,’" said Travis M. an apartment complex resident.

Other witnesses said the man was shot immediately once he emerged from the residence. People in the area walked by and gathered, looking for answers. Some speculated the suspect may have wanted to harm himself, but did not see aggressive movements on his part.

It is not clear who initially called police to the scene.