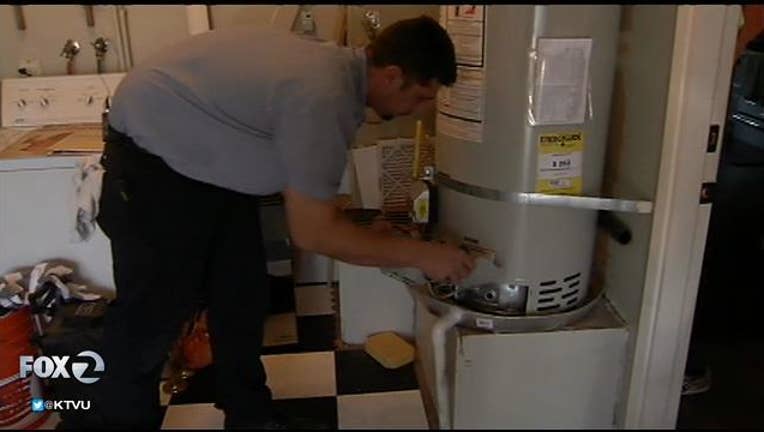 Some are choosing to pro-actively call plumbing companies to ward off potential problems and look for additional ways to save water.

Cal Coast Plumbing in Pleasanton said it has seen a significant uptick in requests from residents to help conserve water, and that the increased demand began a couple of months ago.

"The sense of urgency for homeowners has actually increased a lot. I think it's a combination of notifications going out of water rates rising quite a bit, as well as the drought being such a big issue in the state of California," said Aaron Eddy, general manager, Cal Coast Plumbing.

Eddy said when they saw the increase in demand; they decided to lower the cost of their home water savings inspection from $179 to $39.

"We just knew we needed to lower the barrier to get into customer's houses because $179 might be fine for someone who knows they've got a leak and wants to take care of it. But for someone who's not really sure that might be a big barrier," said Eddy. "We're trying to do our part in the drought as well."

Burrow said toilets, sprinklers and hoses are some of the most common culprits when it comes to household water waste.

As a result of this inspection, McCoy said he'll be making a few changes. "Apparently my hoses need to be changed a little bit more often than every 10 years, and I think there's just minor things that I can be looking out for maybe not ignore the dripping," said McCoy. "Try to be a little more proactive."

He hopes the tune up will help save money and conserve a precious resource.

"I have a 7-month old daughter now," said McCoy. "It's important to me that six or 10 years down the road that she have every opportunity to have the same resources that we have."