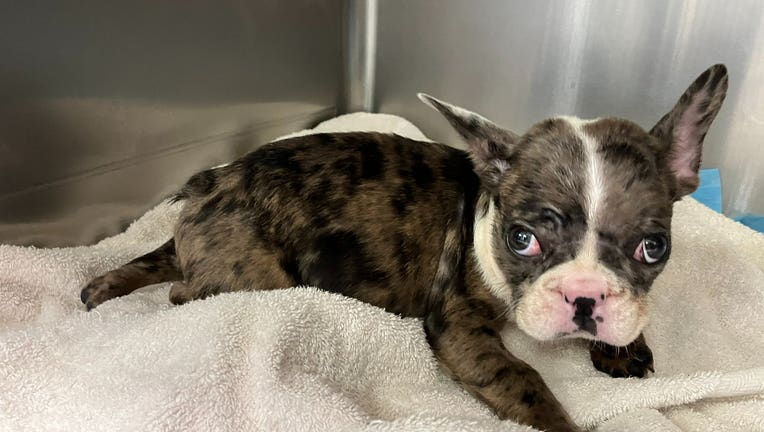 The Solano County Sheriff’s Office says officers arrested a Vallejo man accused of throwing a puppy in a trash can and leaving it to die.

Officials say a gas station employee called Animal Control on August 18 after a customer found a small dog in a Dumpster. When officers arrived they found a French Bulldog puppy unresponsive, but say when they checked for signs of life they determined the pooch was still alive.

Officials rushed the puppy to a vet where medical professionals who helped stabilize it. 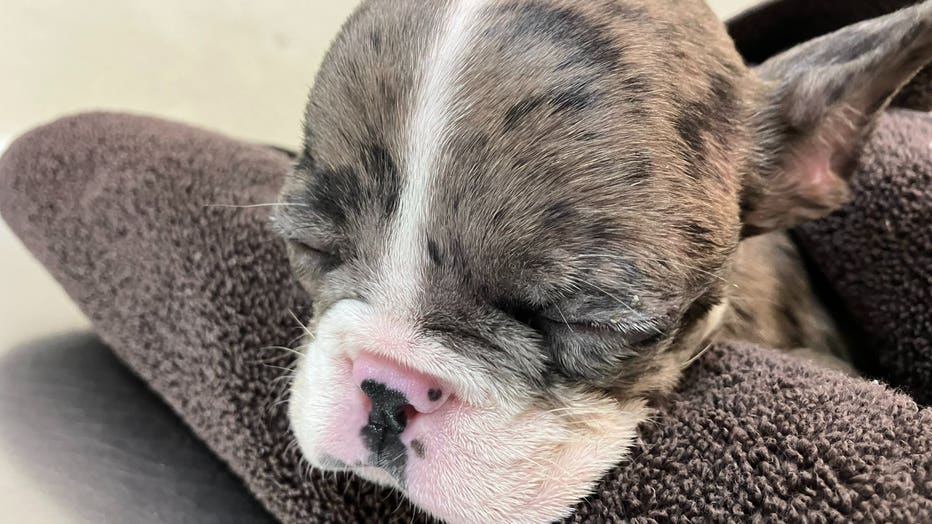 Solano County Sheriff's arrest a man who admitted to throwing a puppy in a Dumpster and leaving it to die. (Courtesy: Solana County Sheriffs Office)

Officers say gas station security camera footage from August 18 shows the suspect tying a plastic garbage bag and tossing it into the Dumpster. A few hours later another person was throwing something away when they noticed the puppy was in the plastic garbage bag.

SEE ALSO: From Gilroy to Germany: How dog globe-trotted from California to a European village

The Solano County Sheriff’s Office says they found the suspect and arrested him for felony animal cruelty, willfully abandoning an animal and for violating his misdemeanor probation. He was booked into Solano County Jail.

The suspect admitted to throwing the puppy away because he believed the puppy was dead or dying. According to the sheriffs' office, the suspect claimed the puppy had recently gotten diarrhea and was "just dying," but, said he never sought veterinary care for the puppy.

Officials say the puppies condition is continuing to improve. It is still being cared for by animal control.