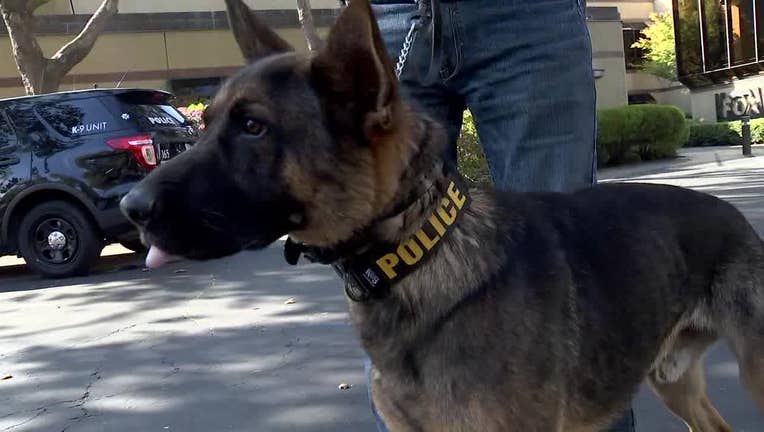 AMERICAN CANYON, Calif. - Police in American Canyon deployed a police K9 on a suspect for resisting arrest over the weekend. But instead, the dog bypassed the suspect and bit a bystander, officials say.

American Canyon police said the incident happened on the afternoon of Saturday, Aug. 6 after a 48-year-old man resisted arrest and evaded police after he crashed his car on Highway 29 and Mini Drive.

Police identified the suspect as James Spencer. Police said he committed a felony crime. Police were not specific about why, specifically, they were pursuing Spencer. When the K9 was deployed, the dog bypassed the car and instead bit a bystander in the median who ran from the scene.

Police said the 19-year-old bystander from Solano County was bitten by the dog on both hands. He was taken to a nearby medical facility and was said to have minor injuries. He was treated and released.

Police said they will review the dog biting situation.

The suspect was taken into custody and booked into the Napa County Department of Corrections.