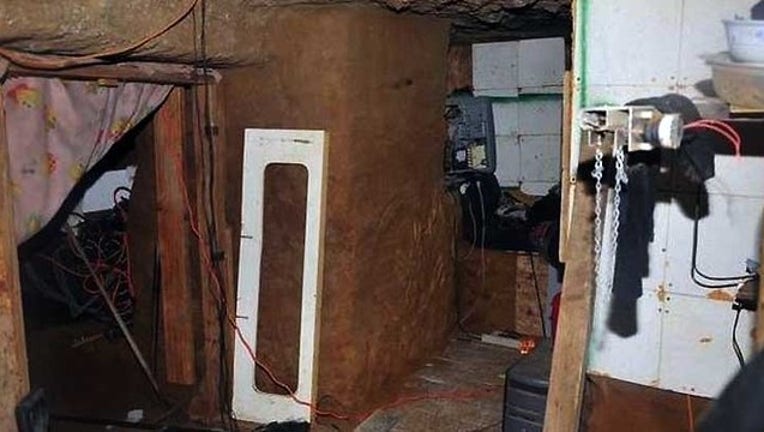 FRESNO, Calif. (AP) — A domestic violence call at a Central California home led police to a hidden underground cave where two men were hiding from police.

The Fresno Bee reports that late Saturday police responded to a call at a home after someone reported a fight between a man and a woman in southeast Fresno.

Officers found a woman and children crying outside the home.

Officers saw two other people inside the house, but could not find them after searching inside and the backyard.They did, however, discover plywood covered in dirt and a chicken coop that concealed a hidden staircase to an underground cave.