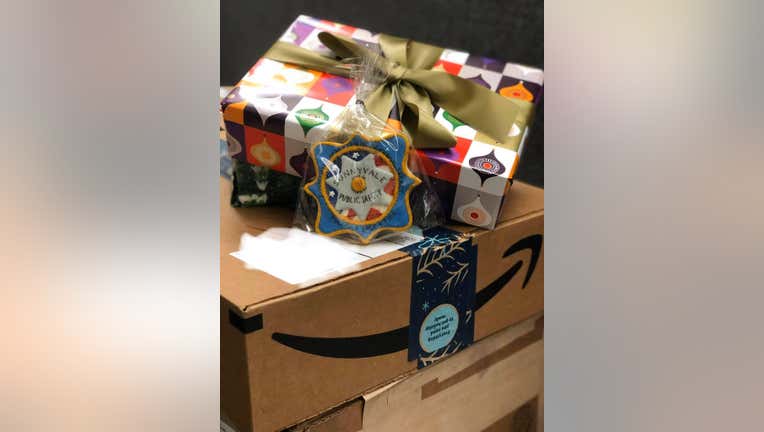 Police in Sunnyvale said they've planted decoy packages at doorsteps across the city in an effort to deter porch pirates.  (Sunnyvale Department of Public Safety)

SUNNYVALE, Calif. - Police in Sunnyvale had a special holiday warning for porch pirates who dared to take advantage of packages left at doorsteps: "Steal a package and you may end up with more than what you wanted."

In an effort to thwart would-be package thieves, the Sunnyvale Department of Public Safety launched a decoy program, setting up bait packages at doorsteps throughout the city. "Porch pirates beware, you never know what’s inside that package you’re trying to steal!" the department said in a Facebook post on Friday.

And those who attempted to steal someone else’s package might receive something else in return. "Free rides to jail offered daily," police warned.

In the past, other Bay Area police agencies have launched similar decoy programs. Sunnyvale's effort came as an increasing number of Americans ordered items online during the holiday gift giving season.

New figures showed 54% of those surveyed planned to shop online more than they did the previous year.

The survey by SafeWise, an independent security system review site, also found roughly 210 million packages disappeared from porches across America this past year. And San Francisco ranked as the second-worst metro area for package thefts in 2021. Denver took the top slot.

"Package theft is a crime of opportunity. The more packages left for longer periods of time on a porch, the more likely they are to be stolen," said criminal justice and theft expert Ben Stickle, who was also a member of an advisory group for SafeWise.

Researchers noted that people were shopping online more than ever, especially given free and easy shipping options. And during the pandemic, people have opted to have items delivered than brave big shopping crowds.

"As the Christmas gift season gets into full swing, there will be a significant increase in packages on a porch," Stickle noted.

"Porch piracy is a low-entry crime," said Stickle. "There are no special skills needed to walk up a driveway and steal a package." 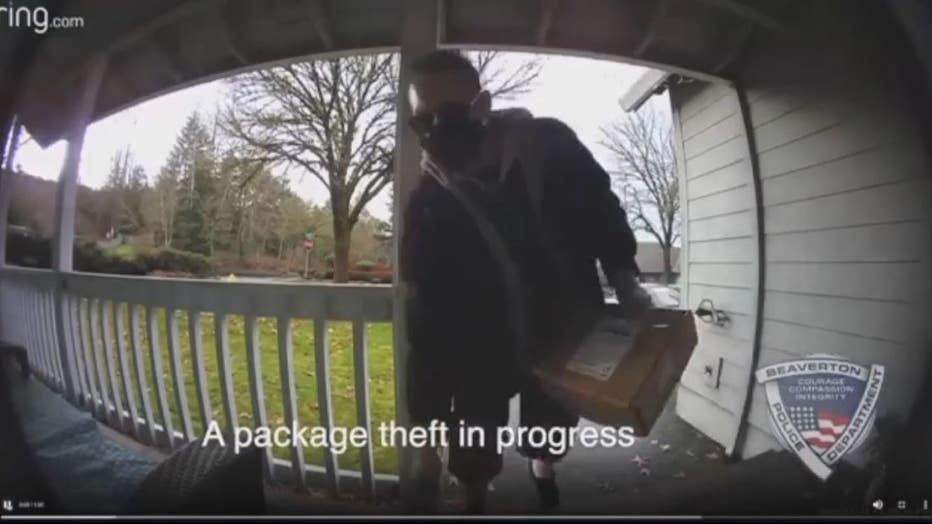