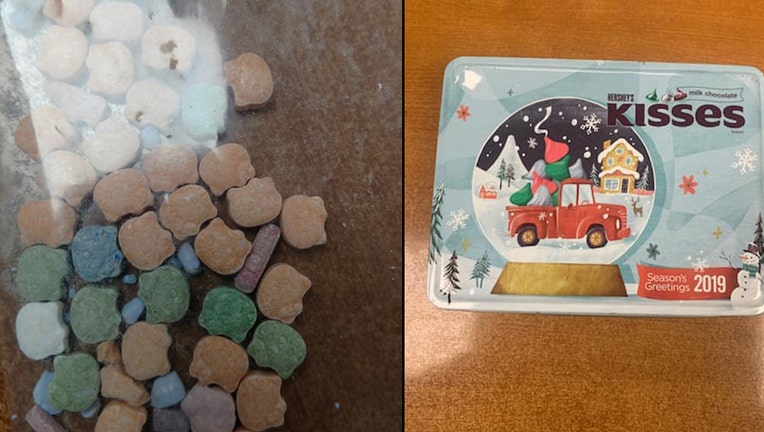 MILLERSVILLE, Tenn. - Authorities are warning parents to be aware of drugs disguised as candy after finding some shaped like Hello Kitty.

"Today a citizen discovered a candy box in the middle of the road in a local neighborhood," the department wrote. "The candy box contained ecstasy and fentanyl that was shaped like Hello Kitty candies."

The drugs looked like brightly colored, kid-friendly candies in the shape of the famous cat's head. Police say they were found inside a Hershey's holiday candy box.

Authorities are now looking for 22-year-old Jesseka Sereniti Story, who they want for questioning in the case.

MORE NEWS: Deputies warn citizens of text scam that will send you mutilated bodies, scare you into paying money

In the meantime, police are asking parents to be vigilant.

"Parents please remind your kids the dangers of picking stuff up off the streets."