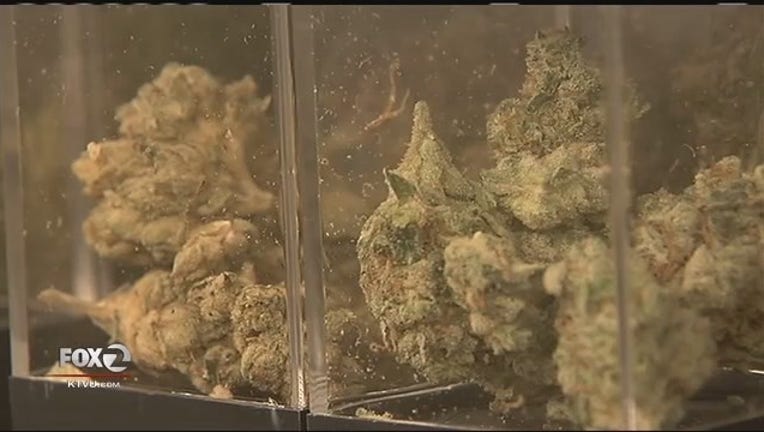 SAN FRANCISCO (AP) — Marijuana legalization proponents are gathering in San Francisco this weekend to hear about efforts to add the nation's most populous — and arguably most pot-infused — state to the four others where it is now legal for adults to buy and use the drug recreationally.

The International Cannabis Business Conference on Sunday and Monday is expected to draw about 1,000 investors, entrepreneurs and activists from California and elsewhere for an overview of the legalization landscape.

Advocacy groups are now drafting a 2016 ballot initiative that could transform California from a place where only medical marijuana is legal to a global center of state-approved recreational weed.

The measure's passage might seem like a foregone conclusion after voters in Colorado, Washington, Oregon and Alaska legalized marijuana use and obliged their governments to develop guidelines for how and where pot can be grown, sold and taxed.

However, conference organizer Alex Rogers says the size of California's existing medical marijuana industry and the few restrictions on it means it will take some effort to persuade all the relevant players that complete legalization would be a step forward.

The state previously defeated another effort to legalize recreational use in 2010.

"California has a huge task ahead of them," said Rogers, who owns two medical marijuana clinics in Oregon. "Sometimes these big institutional events can give people this 'kumbaya' feeling even if it's momentary and there can be some simpatico consensus that starts to take place."

Issues that remain to be resolved in the California effort include whether recreational pot users would be allowed to grow their own plants, as medical marijuana users and patient collectives can do now, and whether the hundreds of store-front dispensaries and delivery services that sell medical marijuana will get to stay in business, vie for a limited number of commercial sales licenses or close up shop.

One of the main speakers at the two-day conference will be U.S. Rep. Dana Rohrabacher, a 13-term Orange County Republican who has emerged as a leading voice of marijuana law reform on Capitol Hill. Also scheduled to appear is travel guidebook writer Rick Steves, another outspoken supporter of marijuana legalization.

The New York-based Drug Police Alliance, a national advocacy group that has an established presence in California, is expected to have a significant role in next year's likely legalization campaign. Executive Director Ethan Nadelmann acknowledged that forming an effective campaign coalition that unites people who have an interest in legalizing the recreational use of marijuana and those who feel threatened by it is going to take work.

Backers of legalization have until late August to submit a proposed initiative to the secretary of state and until April 2016 to gather enough signatures to qualify a measure for the November ballot.