Potholes seem to be reappearing on Bay Area roadways from the wet weather. In Redwood City on Monday, a pothole lead to dozens of flat tires.

The pothole was reported in the number two lane of northbound 101. The first call came in shortly after 5:30 a.m., according to the California Highway Patrol’s incident page.

Dozens of motorists began pulling over on the right-hand side of the freeway, due to flat tires.

SEE ALSO: Highway 13 in Oakland closed due to landslide 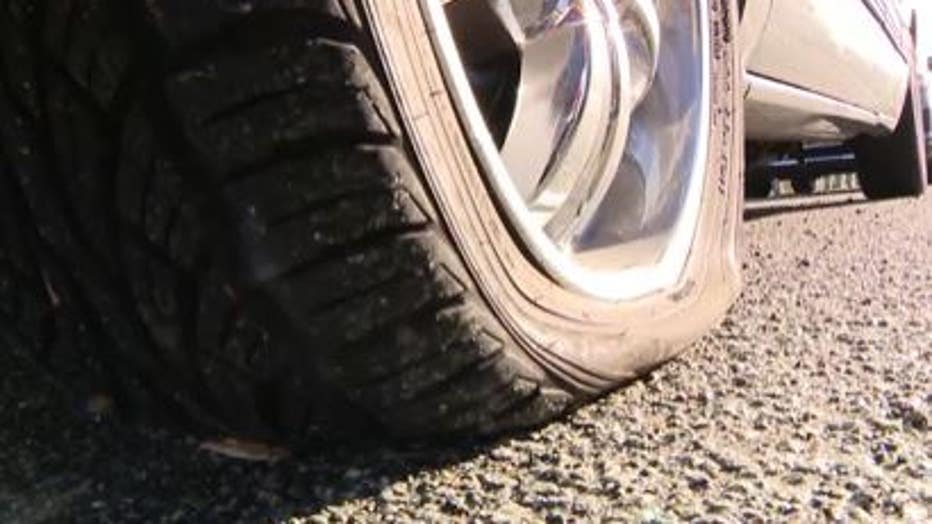 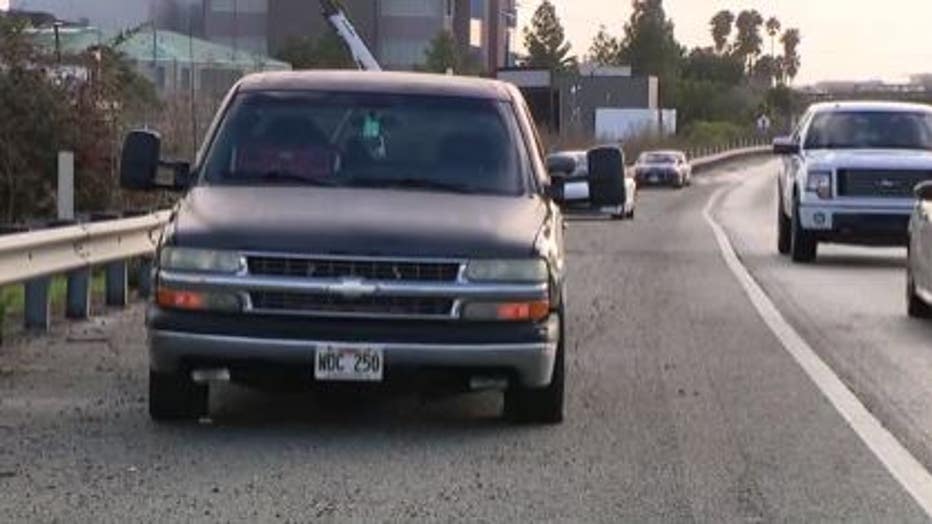 Caltrans was called to the scene, and the CHP shut down two lanes near the Woodside Road exit.

A SIG-alert was issued shortly before 8 a.m.

About an hour later, the CHP reported the hole was fixed.

At about 10 a.m., Bay Area traffic information resource 511.org reported all lanes were open but that residual delays remained in the area.

"I've seen many cars probably between 25 and 30," said Daniel Guadron. He got two flat tires.

So did Kyle Murray, who got towed to the nearest repair shop.

"It was not your average pothole that's for sure. It was like a superhero pothole I'm pretty sure," said Murray.

SEE ALSO: Who is on the hook for your car's pothole damage? It may not be all on you

SEE ALSO: Sinkholes continue to swallow up roadways throughout the Bay 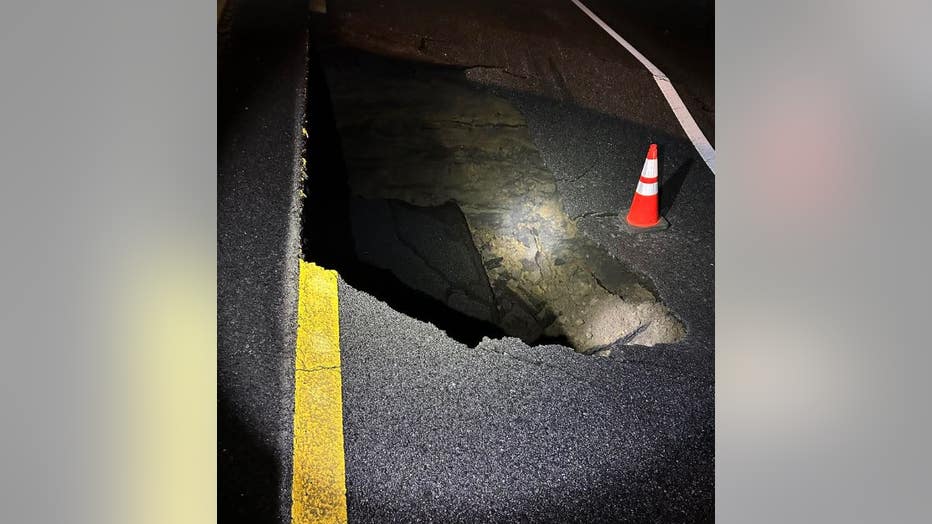 As of 3am this morning SR-92 has been closed in both directions from upper SR-35 to Pilarcitos Creek Road due to a sinkhole. Photo: CHP Redwood City

But it was more like a villain. Caltrains thought it had vanquished. Crews had already filled it once.

"So it had been filled in the last three days. And in that three days with the continuous rain and the usage of the road, it did open back up," said Officer Dave LaRock, of CHP Redwood City.

The recent storms have led to major road damage around the region, including a massive sinkhole on Highway 92 in San Mateo County near Half Moon Bay.

Emergency roadwork has been underway to fix the huge hole, and there has been no estimated time of reopening. One-way traffic control remained in effect in the area as of Monday morning.

Caltrans said it's though to keep up. Last January there were 300 reports of potholes. Halfway through this January there are already more than 400.

If you've fallen victim to one, you can file a claim for reimbursement with Caltrans.

"If you feel your car was damaged by a freeway issue, go ahead and file the claim. And then we'll review the claim and work with you to determine if we're at fault and we'll reimburse you, or if something else has to happen," said Bart Ney with Caltrans.

In the meantime, CHP advised to be careful. There is road damage and debris all over.

Murray said he and his wife didn't see the pothole until it was too late.

Usually if it's a road like this, you can see it more, but on the highway it's a little bit different. It was just wrong place at the wrong time," Murray said.

To fill out a Caltrans claim, there is a form online. You'll want to provide the time and place where the damage happened and any photos if you have them.