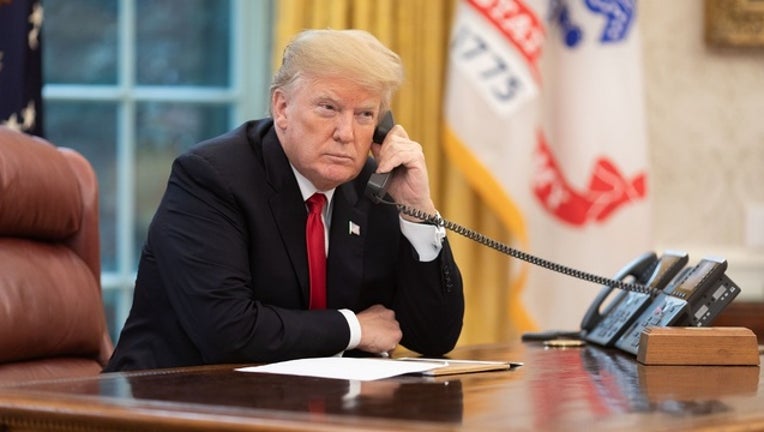 WASHINGTON (AP) - President Donald Trump is dismissing - and potentially bolstering sales - of a new tell-all book by a former White House aide, calling it "made up stories and fiction."

The book by Cliff Sims, called "Team of Vipers," is the latest in a series of insider accounts by journalists and former Trump staffers who paint an unflattering picture of life in the West Wing.

In it, Sims, the former director of White House message strategy, engages in score-settling with former internal rivals, fingers other administration officials as "leakers," and casts the president as disloyal to his staff.

Trump, in his Tuesday morning tweet, dismissed Sims as a "low level staffer" who had written "yet another boring book."

"He pretended to be an insider when in fact he was nothing more than a gofer," said Trump, who claimed Sims had signed a non-disclosure agreement.

Indeed, Michael Glassner, chief operating officer of Trump's re-election campaign, tweeted that the campaign was preparing to file suit against Sims for violating the agreement. Trump and his associates have a habit of announcing legal action and not following through.

Sims responded with his own tweet that included a series of photographs of him at the White House - including speaking with the president and in the Oval Office, along with a personal message from Trump scrawled on the front page of the New York Times.

"Team of Vipers: My 500 Extraordinary Days in the Trump White House" is out today, written by the most famous "gofer" in the world! Enjoy!" wrote Sims in his tweet.

The book, titled "Let Me Finish: Trump, the Kushners, Bannon, New Jersey, and the Power of In-Your-Face Politics," paints a sympathetic picture of a president who has been ill-served by what he describes as a "revolving door of deeply flawed individuals_amateurs, grifters, weaklings, convicted and unconvicted felons_who were hustled into jobs they were never suited for, sometimes seemingly without so much as a background check via Google or Wikipedia."

Christie, who challenged Trump for the Republican presidential nomination in 2016 but endorsed Trump after dropping out, oversaw Trump's transition team until he was fired shortly after the November election, allegedly at the urging of Jared Kushner, Trump's son-in-law and senior adviser.

Christie, during his tenure as a federal prosecutor, sent Kushner's father - businessman Charles Kushner - to prison after winning his conviction on tax evasion and other crimes.

In his account, Christie paints unflattering portraits of a number of former Trump aides, including Kushner and former chief White House strategist Steve Bannon, whom he describes as "a fraud, a nobody, and a liar." He also rails against former National Security Adviser Michael Flynn, panning him as a "walking car crash" and "train wreck from beginning to end."

Sims began rolling out his book Monday with a media blitz that included an appearance on ABC's "Good Morning America" and a sit-down with late-night TV host Stephen Colbert of CBS.

Christie was due to visit with Colbert on Tuesday.