Right now, day 3 of President Trump's impeachment trial is underway in the US Senate.

WASHINGTON (AP) - House Democrats declared that “no president” has ever abused power the way Donald Trump did in his Ukraine dealings as they opened their second day of arguments Thursday in the historic impeachment trial in the U.S. Senate.

The Democratic prosecutors pressing their case before skeptical Republican senators are focused on the first article of impeachment, abuse of power, arguing Trump sought a political investigation from Ukraine for his own gain to sway the 2020 election in his favor. 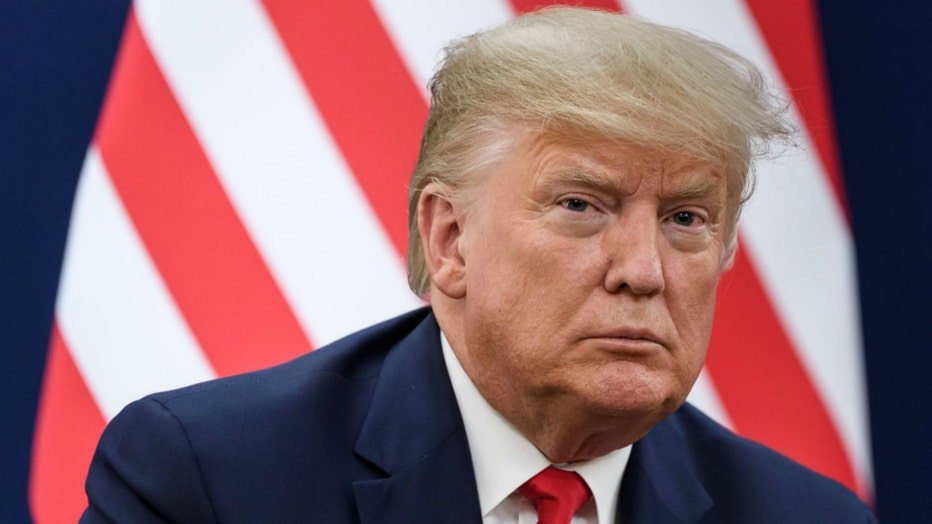 “The president's conduct is wrong. It is illegal. It is dangerous," Rep. Jerrold Nadler of New York, the chairman of the House Judiciary Committee, told the senators.

House Democrats impeached Trump last month, arguing he abused his office by asking Ukraine to investigate political rival Joe Biden while withholding crucial military aid. They also charged him with obstructing Congress by refusing to turn over documents or allow officials to testify in the House probe. Republicans have defended Trump’s actions as appropriate and cast the process as a politically motivated effort to weaken the president in the midst of his reelection campaign.

The Democrats' challenge is clear as they to convince not just fidgety senators but an American public divided over the Republican president in an election year.

“No president has ever used his office to compel a foreign nation to help him cheat in our elections,” Nadler said Thursday. ”Prior presidents would be shocked to the core by such conduct, and rightly so."

Republican senators, who hold a majority in the chamber and will vote on Trump's conviction or acquittal, exhibited no shock.

The Democrats were putting forward “admirable presentations,” said Roy Blunt of Missouri. “But they’ve basically got about one hour of presentation, and they gave it six times on Tuesday and eight times yesterday. There’s just not much new here."

Rep. Adam Schiff, the Democratic chairman of the House Intelligence Committee, agreed as he stood before restless senators forced to sit silently for another long day there would be “some repetition of information” from the overview heard on day one.

But he promised a stitching together of the facts to an inevitable conclusion.

“You've now heard hundreds of hours of depositions and live testimony from the House,” Schiff said. ’We will now show these facts and many others and how they are interwoven ... to a finding of guilt and conviction."

But Schumer said Schiff has been outlining a compelling case abou t Trump's pressure on Ukraine and the scheme to cover up the charges and many Republicans are hearing it for only the first time. He contended they can't help but be “glued” to his testimony.

Once reluctant to take on impeachment during an election year, Democrats are now marching toward a decision by the Senate that the American public also will judge. They are one-third of the way through 24 hours of opening arguments.

Trump blasted the proceedings in a Thursday morning tweet, declaring them the “Most unfair & corrupt hearing in Congressional history!”

Campaigning in Iowa, Biden said, “People ask the question, ‘Isn’t the president going to be stronger and harder to beat if he survives this?’ Yes, probably. But Congress has no choice," He said senators must cast their votes and "live with that in history.”

Each side has up to three days to present its case. After the House prosecutors finish, likely Friday, the president's lawyers will have as much as 24 hours. It's unclear how much time they will actually take, but Trump's team promises not only to defend the president but to take apart the Democrats' case. The Senate is expected to take only Sunday off and push into next week.

“There’s a lot of things I’d like to rebut,” said Trump lawyer Jay Sekulow at the Capitol, “and we will rebut.”

After that senators will face the question of whether they do, or do not, want to call witnesses to testify.

On the first day of opening arguments, Schiff appealed to senators not to be “cynical” about politics, but to draw on the intent of the nation’s Founding Fathers in providing the remedy of impeachment and removal. He spoke directly to Republicans to join in voting to oust Trump from office to “protect our democracy.”

Holding the room proved difficult. Most senators sat at their desks throughout, as the rules stipulate, though some stretched their legs, standing behind the desks or against the back wall of the chamber. Sometimes they yawned. Republicans sometimes quietly smirked at the presentation from Schiff and the lesser-known House Democrats prosecuting the case.

Nearing nine long hours of arguments, the empty seats became glaringly apparent. Sen. Dianne Feinstein D-Calif., was under the weather and left early. Some lawmakers dashed down the hall to appear on television. Visitors thinned from the galleries, one briefly interrupting in protest and being removed by Capitol police.

The impeachment trial is set against the backdrop of the 2020 election. All four senators who are Democratic presidential candidates are off the campaign trail, seated as jurors.

A new poll from The Associated Press-NORC Center for Public Affairs Research showed the public slightly more likely to say the Senate should convict and remove Trump from office than to say it should not, 45% to 40%. But a sizable percentage, 14%, said they didn't know enough to have an opinion.

One issue with wide agreement: Trump should allow top aides to appear as witnesses at the trial. About 7 in 10 said so, including majorities of Republicans and Democrats, according to the poll.

The strategy of more witnesses, though, seemed all but settled. Republicans rejected Democratic efforts to get Trump aides including former national security adviser John Bolton, Secretary of State Mike Pompeo and acting chief of staff Mick Mulvaney, to testify in back-to-back votes earlier this week.

Senators were likely to repeat that rejection next week, shutting out any chance of new testimony.

Republicans remained eager for a swift trial. Yet Trump’s legal team passed on an opportunity to file a motion to dismiss the case on Wednesday, an acknowledgment that there were not enough Republican votes to support it.

The White House legal team, in its court filings and presentations, has not disputed Trump's actions. But the lawyers insist the president did nothing wrong.