NASHVILLE - With less than two weeks before Election Day, President Donald Trump and former Vice President Joe Biden will face off Thursday for the last presidential debate of the 2020 election cycle.

The first presidential debate was considered one of the most tumultuous in modern history with the two men frequently talking over each other and clashing on several topics, including the pandemic and economy.

According to the Associated Press, some advisers are urging Trump to trade his aggressive demeanor from the first debate for a lower-key style, but it's unclear whether the president will heed their advice.

RELATED: How you could win cash watching the final Trump-Biden presidential debate

Thursday’s matchup is expected to appear vastly different than past debates in order to curtail interruptions between candidates and due to several positive COVID-19 diagnoses among White House staff members earlier this month, prompting additional safety regulations.

The debate, scheduled to take place at Belmont University in Nashville, will feature two large plexiglass shields placed in front of the candidates’ lecterns to reduce the risk of coronavirus transmission on stage. The candidates will appear on stage exactly 12.25 feet apart, and audience members will be required to wear masks.

In addition, Trump and Biden will each have his microphone cut off while his rival delivers an opening two-minute answer to each of the six debate topics, the commission announced.

“The mute is very unfair,” Trump said Wednesday as he left the White House for a campaign rally.

Biden said he supported the change.

Thursday night’s event will be moderated by NBC’s Kristen Welker and is scheduled to last 90 minutes, with no commercial breaks. The six-topics, chosen by Welker and announced Friday include the fight against COVID-19, American families, race in America, climate change, national security and leadership.

Based on recent debates, Biden will likely focus on the president’s handling of the COVID-19 pandemic, and Trump is expected to bring up Biden’s comments on fracking and claims that he plans to raise taxes. Biden has repeatedly said he would not raise taxes on individuals who make less than $400,000 per year.

China may also become a topic of discussion after the New York Times reported this week that Trump held a Chinese bank account and paid nearly $200,000 in taxes in China.

This is the first in-person debate between the presidential candidates after Trump tested positive for the coronavirus and declined to do a virtual debate, thereby leading to the cancellation of the second presidential debate. Both Biden and Trump hosted dueling town halls instead. 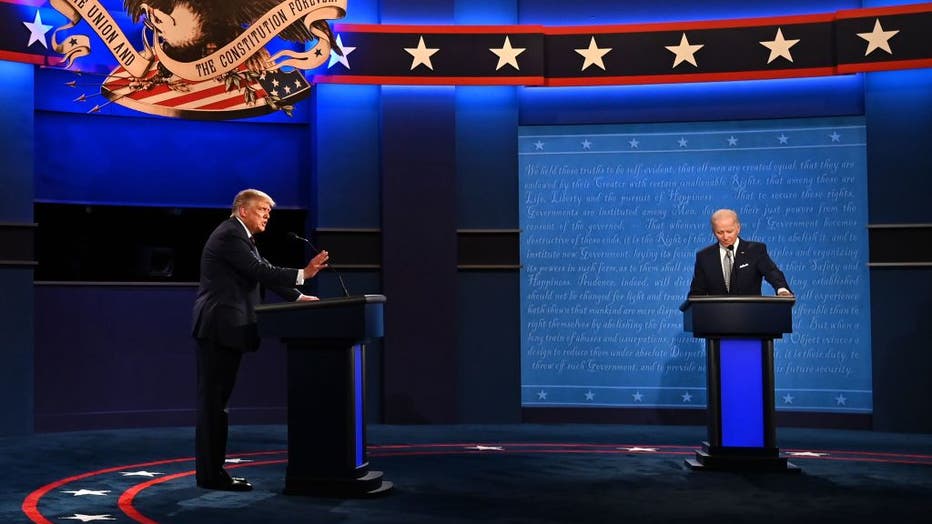 While more than 42 million people have already voted, the debate will be a chance for voters who have not yet cast their ballot to decide which candidate would best fit the role of president of the United States.

Biden currently leads in most national polls and has a narrower advantage in key battleground states.

The presidential debate is scheduled to begin Thursday evening at 9 p.m. ET. You can watch all the debate action right here on NewsNOW.