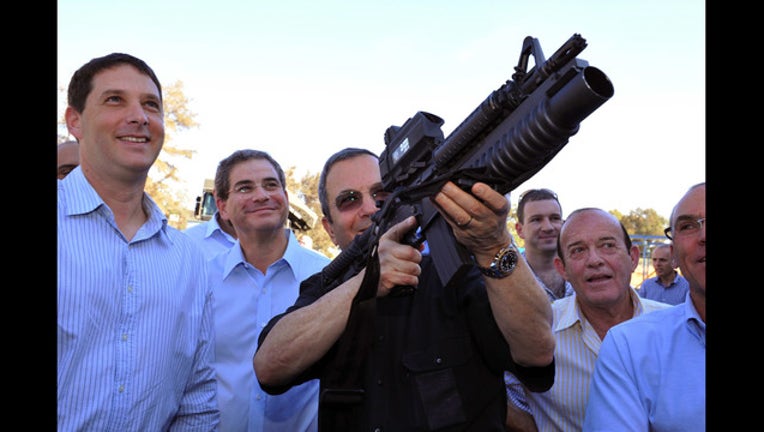 In this handout photo provided by the Israeli Ministry of Defense, Israeli Defense Minister Ehud Barak visits a weapons factory on November 30, 2010 in Ramat Hasharon, Israel. (Photo by Israeli Ministry Of Defence via Getty Images)

The rally is scheduled for 6 p.m. outside the Jewish Community Center at 3200 California St.

"My Country, My Life: Fighting for Israel, Searching for Peace."

Barak was prime minister from 1999 to 2001, but he served as a soldier and a politician prior to that. Organizers of today's protest say he was instrumental in the effort to fragment the Palestinian people.

This evening's protest follows a Tuesday demonstration in the city in response to the recent killing of dozens of unarmed Palestinians by Israeli soldiers in Gaza as well as the Trump administration's decision to relocate the U.S. Embassy in Israel from Tel Aviv to Jerusalem.