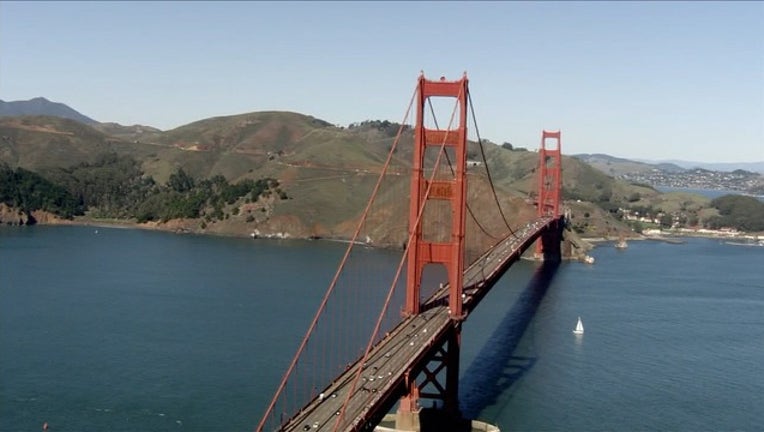 The famous International Orange color was originally used as a sealant for the bridge.] The US Navy had wanted it to be painted with black and yellow stripes to ensure visibility by passing ships.

SAN FRANCISCO (BCN) - Protestors will carry child-sized coffins across the Golden Gate Bridge this afternoon to protest the ongoing war in Yemen, according to organizers.

The protest, co-sponsored by the Yemeni Alliance Committee and the Bay Area Chapter of CODEPINK, will start at noon at the Welcome Center on the San Francisco side of the bridge. Protesters will then proceed along the eastern walkway to the middle of the bridge for a silent vigil.

The protestors will then turn around and host a rally back at the San Francisco Welcome Center plaza at 1 p.m.