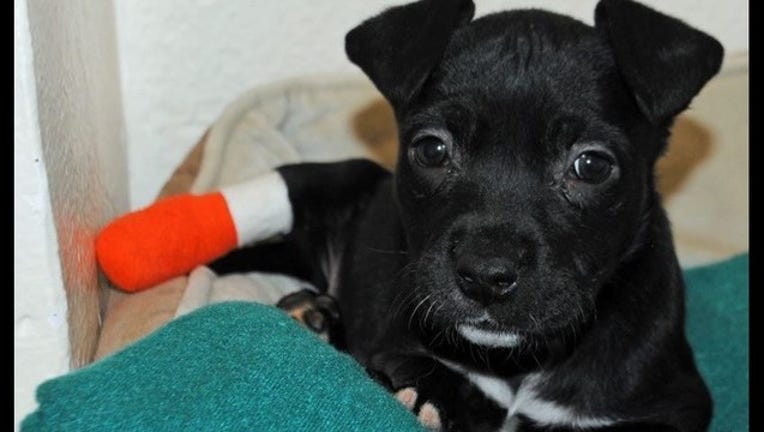 A puppy missing a paw was found on the streets of Chicago. Now, that puppy has a new home and a prosthetic paw on the way.

The new paw was donated all because of the puppy's name and a story on FOX 32's website.

In January, FOX 32 posted photos of Betty from the no kill shelter, PAWS Chicago. She was found on the city streets during the bitter cold winter and her back paw was missing.

READ MORE | Local puppy in need of a prosthetic leg

Fleischer Studios, the creators of the cartoon Betty Boop, saw the story on FOX 32's website and contacted PAWS. The company wanted to donate the money needed for the puppy's prosthesis.

"We're really excited to have the prosthetic fit for her because we know she is going to be much more mobile with it," Rudawski said.

When Betty is fully grown, Dr. Barbara Royal will fit her with the prosthesis. She explained to FOX 32 what it could look like.

Currently, Betty is progressing very well with her make shift prosthesis. She's on track to shine once the real deal arrives.

Fleischer Studios donated all the money needed for the prosthetic paw, which was $2,000 dollars.