KTVU's Amber Lee reports on the historic and dark past on Angel Island that might help keep access to the island available to the public.

It's a place where immigrants from China were detained and mistreated.

After more than twenty years, the Blue and Gold Fleet, the sole ferry service from San Francisco to the island, is applying to the California Public Utilities Commission to end service.

But opponents, including a former detainee say access to history is especially important in this climate of anti-Asian hate.

"It's so important for people to come here to Angel Island, to walk in the footsteps of former detainees and to experience the sense of history and emotion," says Edward Tepporn, executive director of Angel Island Immigration Station Foundation. The nonprofit partners with California State Parks to provide educational programs to preserve the rich and complicated history of the island.

There is concern that discontinuing Blue and Gold Fleet ferry service from San Francisco will severely impact public access. 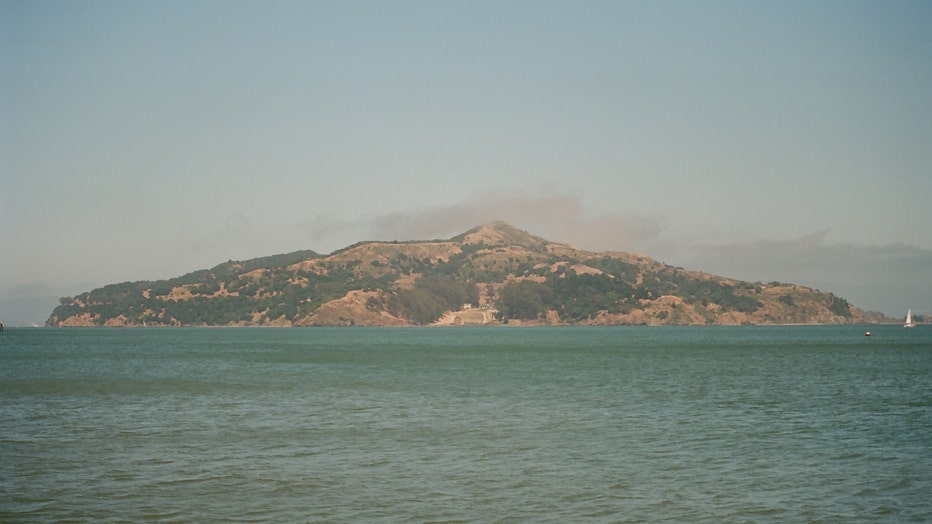 The national historic landmark was home to an immigration center from 1910 to 1940.

During that time, 175,000 Chinese immigrants were detained and interrogated.

The Chinese Exclusion Act of 1882 banned nearly all immigrants from China.

Chinese men and boys would try to immigrate to the U.S. with false documents claiming to be the sons of Chinese people already in this country. Thus, the term "paper son."

"My father came to America as a paper son," says Sam Louie, a volunteer docent at Angel Island. His father was 14 years old when he was detained here. His mother and older siblings were also held here when they came later.

The immigrants were kept in these detention barracks--the detainees called them "mok oak" which means wooden house in Cantonese.

Advocates say there's no substitute for learning about racism and xenophobia than actually being on Angel Island.

They say the Chinese were treated very differently than other immigrants

"We need to share the hard truth of these places," says Dexter-Lee.

She says most Chinese were detained for 3 to 3 1/2 weeks. But immigrants from other countries were detained an average of only 2 to 3 days.

"The law treated Chinese people differently than all other groups," says Dexter-Lee.

A place where the walls talk: the voices of the immigrants heard through the poetry they etched into the building. They expressed their anticipation and anguish with the written word in Chinese as they coped with detention.

"All of the poems tell their own personal stories," says Louie.

He says hundreds of immigrants were crammed into a space meant for dozens.

My late grandfather George Gee Yue Lee was detained here when he immigrated from China in 1933 as a 25-year-old. He told me he was interrogated, as was every detainee.

Their answers determined if they stayed or were deported.

"They try to trick you and make you fail," says 93-year old Calvin Ong of Alameda.

He was only ten-years-old when his mother sent him to join his father in the United States. Ong was on Angel Island for nearly six months.

"At that time, the Chinese not welcome," says Ong. He was deported when he failed the interrogation.

During a visit to the detention barracks, Ong's memory still vivid as he sat on the very same stairs in the back of a building that he did every morning in 1937.

Ong went on to serve in the U.S. Army during the Korean War.

Advocates say remembering the contribution and sacrifices of immigrants is especially important during this climate of Anti-Asian racism.

"If we don't understand this history, we can't develop the empathy for how we treat each other with respect and fairness," says Tepporn.

Effects of the pandemic

Patrick Murphy, president of the Blue and Gold Fleet, says the request to discontinue service is due in part to a slow recovery from the pandemic.

In a written statement, he said in part, "We have enjoyed transporting the community to such a wonderful park and working with our partners at the state park, which makes this decision so much more difficult."

"It would be so devastating to not have direct ferry service from San Francisco to Angel Island-especially now when it's so important for people to remember and to understand the history of Asians and Pacific Islanders here in the U.S," says Tepporn.

If the Blue & Gold Fleet is permitted to end this route, it could mean the only ferry service to Angel Island would leave from Tiburon.

Advocates say the stories shared by immigrants and their families need to be heard .