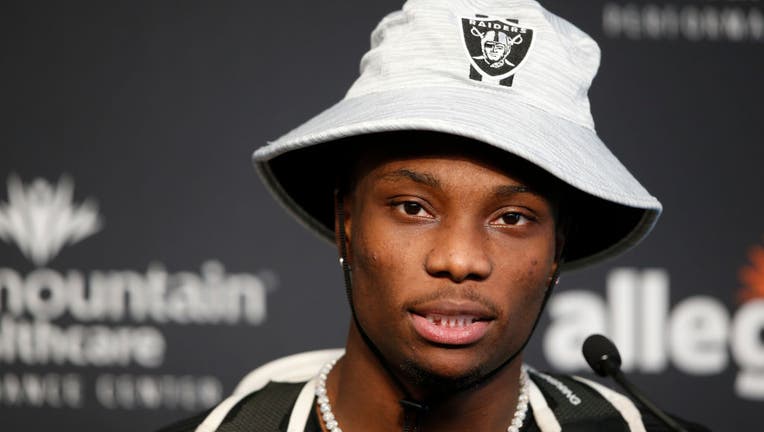 According to police, Ruggs was driving a Chevrolet Corvette a little before 3:40 a.m. when it crashed into the rear of a Toyota Rav4 on a busy thoroughfare in a residential area several miles west of the Las Vegas Strip.

The Toyota caught fire and the driver died, police said. She was not immediately identified.

Ruggs, 22, "showed signs of impairment," police said in a statement that said he will be charged with felony DUI resulting in death.

Charges were not immediately filed. Clark County District Attorney Steve Wolfson said he was aware of the crash and would await results of the police investigation.

Ruggs’ attorneys, David Chesnoff and Richard Schonfeld, said that on behalf of their client they also were investigating the crash "and ask everyone to reserve judgment until all the facts are gathered."

Ruggs was born in Montgomery, Alabama, and played college football for Alabama.

He has caught 24 passes this season for the Raiders, including two touchdowns.

The Raiders are 5-2 this season and are coming off a bye week ahead of a game Sunday at the New York Giants.