KTVU's James Torrez explains the reason for the push.

SAN FRANCISCO - Since April, joggers, bikers and anyone outdoors enjoyed the car-free space in Golden Gate Park along JFK Drive in San Francisco. That was only meant to be temporary.

Barriers kept cars from driving along the road. Many call it an unintentional blessing brought by the COVID-19 pandemic. Those who use the park on a regular basis say it's a great way to exercise using a socially-distanced space.

"We would love for it to stay closed," said Tilly Chiles, a nearby resident. She often uses the park to walk with her friends.

"Neither one of us are vaccinated yet, so still being able to maintain our distance while getting outside is important." 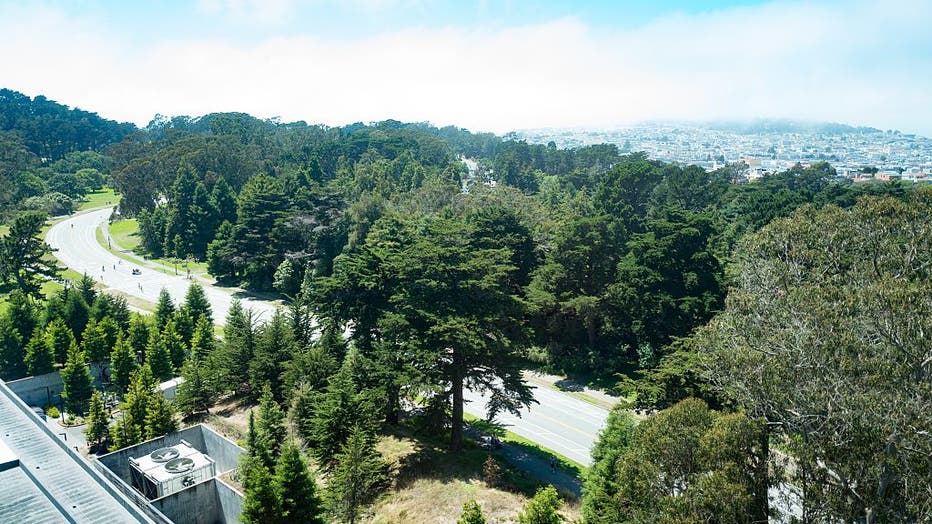 With California gaining reopening momentum, the road was intended to reopen to car traffic when the city lifted its stay at home order. So residents, like Matt Berzina, put together an event at the park hoping to keep JFK car-free, permanently.

"I have a two-and-a-half year old. I could never ride with her on bikes on this street before," he said.

"Now I come here almost every other day with my daughter."

The conversation does have another side; the road leads to an entrance to the city's de young museum. A statement published on its website says in part:

"Should the closure of JFK Drive East be prolonged post shelter-in-place, it would deny vulnerable populations access to the de Young museum, the California Academy of Sciences, and the entire northeast section of Golden Gate Park. The closure allows for access to certain groups while not considering the needs of others."

"We've never seen the diversity of people using this space like they do today," said Berzina.

Berzina says the foot traffic along JFK Drive far exceeds the car traffic it ever recevied. For that, he plans to fight passionately to prevent the street from reopening to cars.

"I will not let that happen," he said.

"These people will not let that happen. We have more people using this space now than in the history of the street."