There's been a deadly police shooting in Richmond, Oakland, San Leandro, San Jose, Half Moon Bay and South San Francisco, all of which have taken place since Easter. Henry Lee reports.

Oakland - There have been six deadly officer-involved shootings in the Bay Area since Easter.

The latest incident was a woman shot and killed by San Mateo County sheriff's deputies in Half Moon Bay after she allegedly fired a shotgun at officers.

I'm even doubly concerned when I hear or see a rash of police shootings, and it doesn't appear like any of the officers are being held accountable.

Michael Rains, an attorney who represents police officers, says there's a common thread in the recent spike of shootings by police in the Bay Area and across the state.

"Most of them involve folks who are suicidal," Rains said. "They are forcing the officers and giving them literally no alternative but to use lethal force."

"We are expecting sort of a tsunami or a wave of challenges moving forward, and they could be a factor in some of the shootings, but of course we don't know," said Thomas Plante, a psychology professor at Santa Clara University.

The rash of police shootings began on Easter, when South San Francisco police shot and killed a carjacking suspect in Daly City after authorities say he stole a police car and was armed with a knife.

In the San Jose case, police say they killed a man who had just stabbed another man to death.

In Napa County, Walmart robbery suspect Brandan Nylander was killed after being shot from behind by a sheriff's deputy after getting out of his car with a shotgun.

His grandmother Virginia Johansen said what the deputy did was quote "totally wrong" and that her grandson only wanted to harm himself with the shotgun shells he was accused of stealing from Walmart.

All of the recent shootings will be evaluated by prosecutors under a new state law that raised the use of force standard from "reasonable" to "necessary." 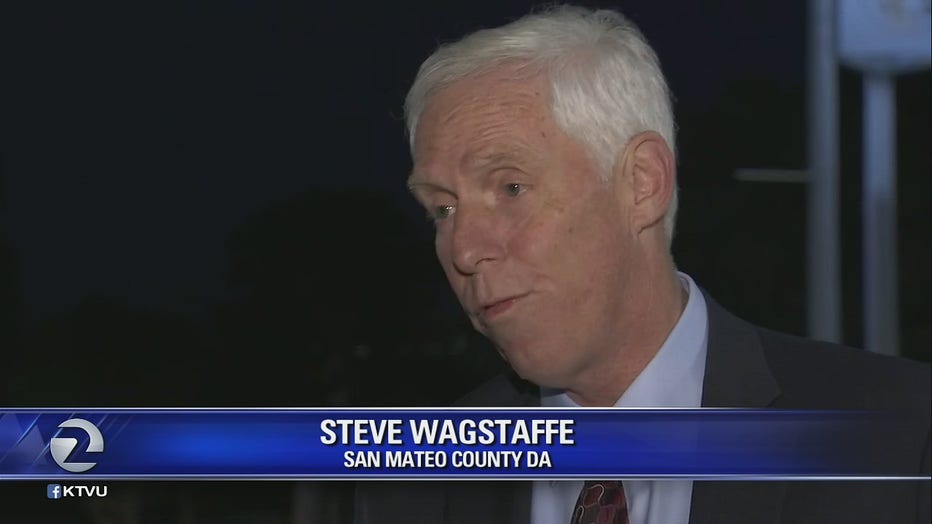 "And that's what the new law is trying to establish, at least consider other alternatives, but in the end, the job is to save the officer's life, or the third party's life, if necessary," said San Mateo County District Attorney Steve Wagstaffe, whose office is investigating the shootings involving sheriff's deputies and South San Francisco police.