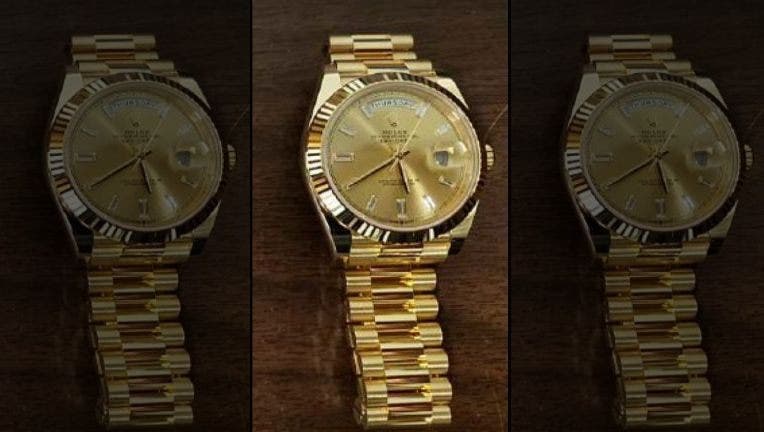 SAN FRANCISCO - A millionaire recycling plant owner who admitted bribing the city's public works director with gifts that included a $36,550 gold Rolex watch was sentenced Thursday to a year and a day in federal prison.

Florence Kong also was ordered to pay a $95,000 fine for bribing a public official and making false statements to the FBI.

Kong, 63, is one of nearly a dozen people who have been charged in a sweeping City Hall corruption probe. Multiple city department heads have been forced to resign.

Kong acknowledged bribing Mohammed Nuru, former director of the city Department of Public Works, who resigned his post after being charged with fraud and lying to the FBI. Prosecutors allege he took thousands of dollars in gifts and cash from contractors. They also alleged that he conspired with a restaurateur in 2018 to bribe an airport commissioner for prime restaurant space at San Francisco International Airport.

"Both corrupt officials and those who corrupt them are accountable for their crimes. Our City Hall prosecutions are not over. The investigation continues," said David L. Anderson, U.S. attorney for the Northern District of California.

In a plea agreement last year, Kong acknowledged that she bribed Nuru in return for helping steer business to her company, SFR Recovery, Inc., which had contracts with the city and the county to dispose of construction debris.

Prosecutors said that in addition to the watch, Kong plied Nuru with expensive meals, an envelope of cash for his daughter at her graduation party and work on his vacation home.

"Kong admitted she believed that Nuru was one of the most powerful public officials in San Francisco" and wielded "tremendous influence" over public contracts and permits, according to a statement from the U.S. attorney's office.

She also acknowledging lying to FBI agents about her connections to Nuru.

Kong is one of at least 10 people who have been charged with City Hall corruption. They include contractors and former Public Utilities Commission head Harlan Kelly.

Kelly has denied wrongdoing but resigned his position last year.