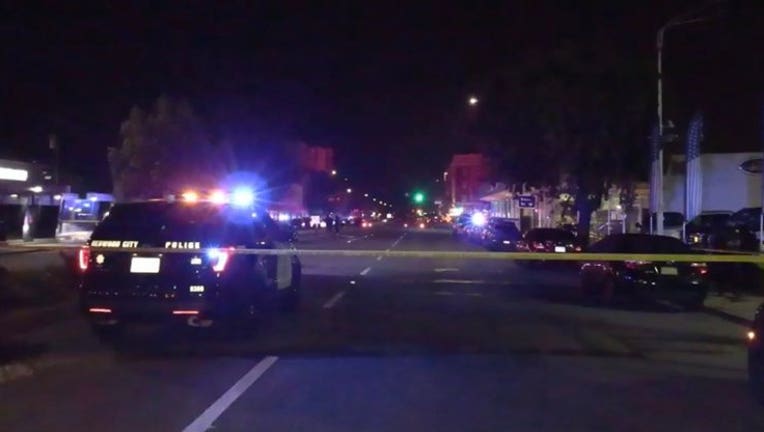 REDWOOD CITY, Calif. - Police have arrested the driver of a white cargo van that fatally hit a pedestrian early Monday in Redwood City.

Carl Hofstetter, 69, is in police custody. Redwood City police said he was spotted driving the van described by witnesses and seen on surveillance video they obtained from a nearby business. Hofstetter was driving down El Camino Real in San Bruno when police stopped him.

The vehicle's front-end had damage consistent with the collision. Police said he admitted his involvement before he was arrested.

The collision was reported about 2:30 a.m. in the 1600 block of El Camino Real, where officers found a man laying in the middle of southbound lanes.

The victim, whose name has not been released, was unconscious and had major injuries. He was pronounced dead at the scene by medical personnel, Redwood City police said.

A witness told police that the van hit the pedestrian and then continued southbound on El Camino Real. The van reportedly made a U-turn at Roosevelt Avenue and headed northbound El Camino Real, stopping at the scene of the collision.

The driver left the van to examine the damage to the vehicle, and then got back in and left, headed northbound on El Camino Real, police said.

Hofstetter was booked into the San Mateo County Jail for felony hit and run and vehicular homicide.