A Redwood City woman says she’s being pushed out of her apartment and harassed by the property management after receiving an eviction notice due to renovations. Today, faith leaders and a Redwood City Council member held a vigil in support of the tenant.

REDWOOD CITY, Calif. - A Redwood City woman says she’s being pushed out of her apartment and harassed by the property management after receiving an eviction notice due to renovations.

On Tuesday, faith leaders and a Redwood City Council member held a vigil in support of the tenant.

Although it’s legal to evict for renovations in California, they’re calling on Sequoia Realty Services to stop harassing the tenant as she fights the eviction case.

"Their harassing treatment is causing her undue stress and anxiety," said Lauren McCombs, with Faith in Action.

Elizabeth, who is a domestic violence survivor and does not want her last name publicized, says she’s been living in the Central neighborhood of Redwood City for eight years.

She says Sequoia Realty Services and the property owner are harassing her and evicting her to complete renovations at the property.

"They are consistently, recently coming to my home, leaving signs in my driveway stating that if I’m illegally parked here, that they’re going to tow away my vehicle. Letters and coming to the door and taking photos of letters, as if they’re Amazon. They’ve been coming with workers to interrupt my peace and pressure me to leave," Elizabeth said.

Elizabeth says other families have already been evicted, and she has no protection from the harassment during the pending eviction case.

One Redwood City Council member says she supports Elizabeth’s right to be free of harassment and will continue fighting for an ordinance that will protect tenants. 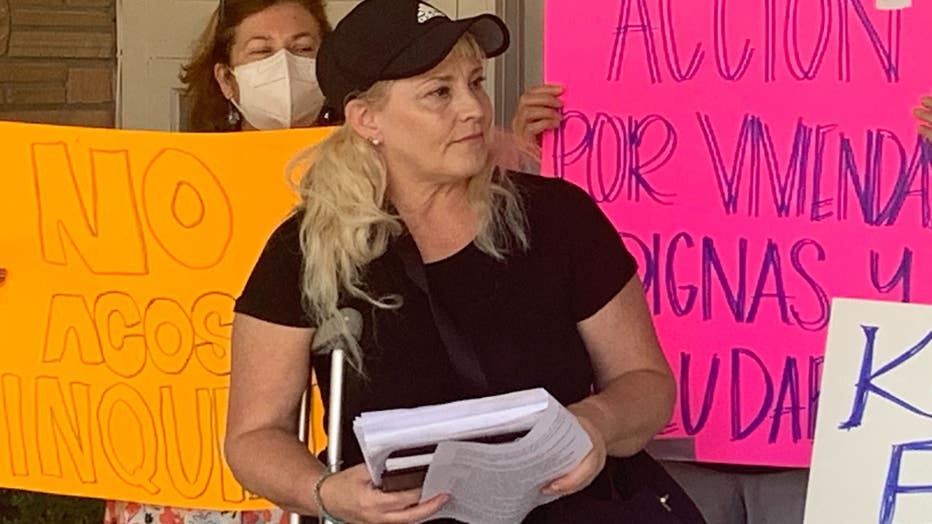 "Well, what we can do for tenants going forward is pass a robust tenant protection ordinance. We’re going forward with looking into that as well as an anti-harassment ordinance," said Lissette Espinoza-Garnica, Redwood City Council member, Dist. 3.

Faith in Action help a prayer vigil before Elizabeth was scheduled to meet with property managers at the church but no one from Sequoia Realty Service showed up to the meeting.

"They’re willing to go to her house and threaten her or intimidate her four out of seven days of the week but the one meeting time we agreed upon to have a respectful discussion, they failed to do their part," said Nani Friedman, with Faith in Action.

KTVU reached out to Sequoia Realty Services, but their offices were closed for the day.

In the meantime, Faith in Action says they’ll continue gathering support for Elizabeth and other tenants like her in Redwood City. 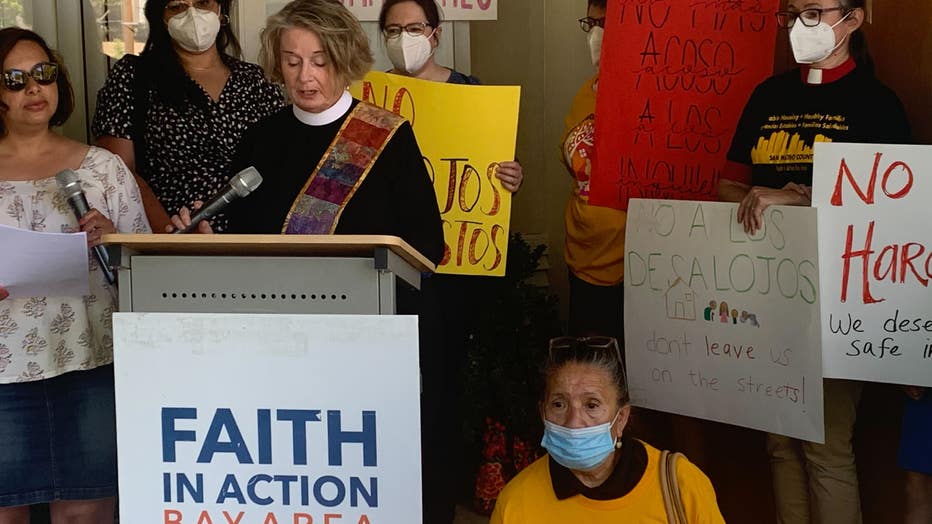