GILROY, Calif. - The relative of a Gilroy councilmember is among the alleged shooters at a house party over the weekend that claimed the life of a young man and left three others injured. The victim who perished has also been identified by his family.

Authorities named 19-year-old Benjamin David Calderon as the suspect in the case. He was taken into custody Saturday afternoon by a SWAT team after the late-night shooting in the 400 block of Las Animas. On Monday evening, police announced that they are looking for a second suspect connected to the shooting.

Calderon is a relative of Councilmember Rebecca Armendariz, although their exact relationship was not specified.

Loved ones identified the victim who died as Michael Daniel Zuniga Macias, 18, according to a GoFundMe page set up by the family.

Four people were shot just before 1 a.m. Saturday morning after gunfire erupted at what neighbors describe as a Halloween party outside the home of Councilwoman Rebeca Armendariz. Greg Liggins reports.

"Michael was a young adult with a good loving heart and soul," the fundraising appeal said. "With a life that was so ahead of him but the lord called him too soon."

Zuniga was among the victims shot at the Halloween-themed party on Saturday at the home of Armendariz, the councilmember. Zuniga died from his gunshot wounds at the scene.

Friends and family of the slain teen held a vigil on Monday at the crime scene. Some said the victim was at the wrong place at the wrong time and lost his life. 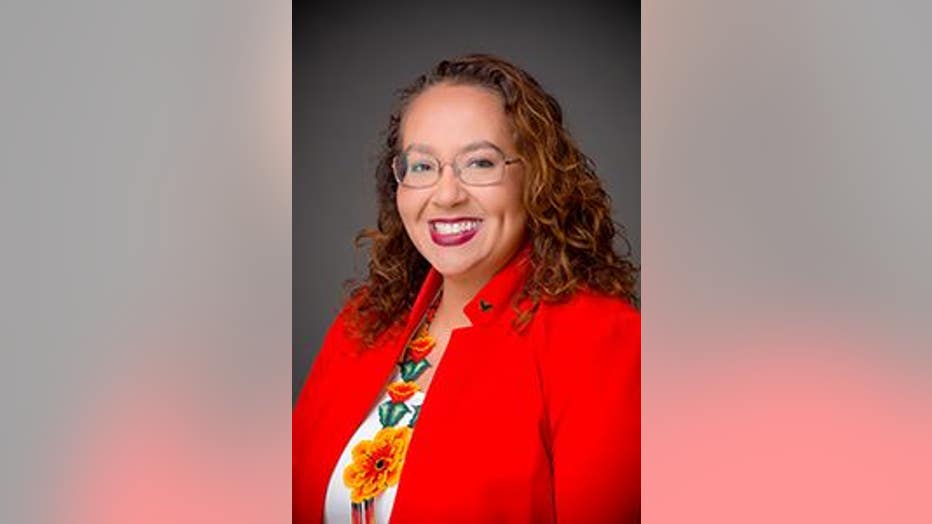 Huerta said he attended the party where the shooting took place, but left shortly after he arrived because he feared there could be violence.

"As soon as I arrived at the party I saw the people. And me and my friend just decided to and go to another party," said Huerta. "I knew people were going to be here that I didn’t feel comfortable being around. Just because I knew alcohol was going to be around. And there was a good chance they had weapons on them."

Gilroy police are investigating a shooting outside the home of Gilroy Councilmember Rebeca Armendariz. One person was killed and three others were hurt during a Halloween party with dozens of guests.

Two of the three injured shooting victims remained hospitalized. One of them was discharged. The victims’ ages range from 17 to 19 years, authorities said.

Police said a fight erupted at the party and Calderon and a second suspect pulled out guns, then pulled the triggers.

"We all have questions that can’t be answered yet," said Mayor Marie Blankley. "I, myself, am trying to remain strong. But the reality of this tragedy is emotional for me too."

Armendariz said in a statement on Saturday that she was unable to share details because of the active police investigation. She said in the statement that she and her family are cooperating with police.

"I am thankful that my family and I were not hurt in this tragedy, and I pray for those whose loved ones have been touched by what has occurred," she said.

The councilwoman is a fourth-generation Gilroy resident, elected to the council in 2020 and has reportedly spent years advocating for working class families.