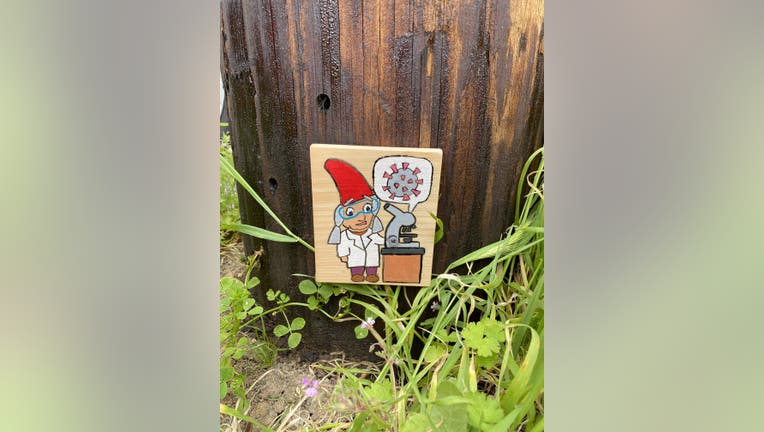 A female scientist gnome has appeared at the bottom of a tree in Oakland. (Pawel Dlugosz)

OAKLAND, Calif. - Remember those cute, painted gnomes that appeared at the bottom of trees and utility poles in Oakland a few years back?

Well, some new ones have cropped up again. This time with some coronavirus-inspired themes.

Adams Point resident Pawel Dlugosz found at least four on his shelter-in-place approved walks through his neighborhood. He spotted a female scientist at the corner of Euclid and Jayne Street, a Zoom gnome at Staten and Van Buren avenues, a healthcare worker along Warwick Avenue and another healthcare worker on a street he can't remember. 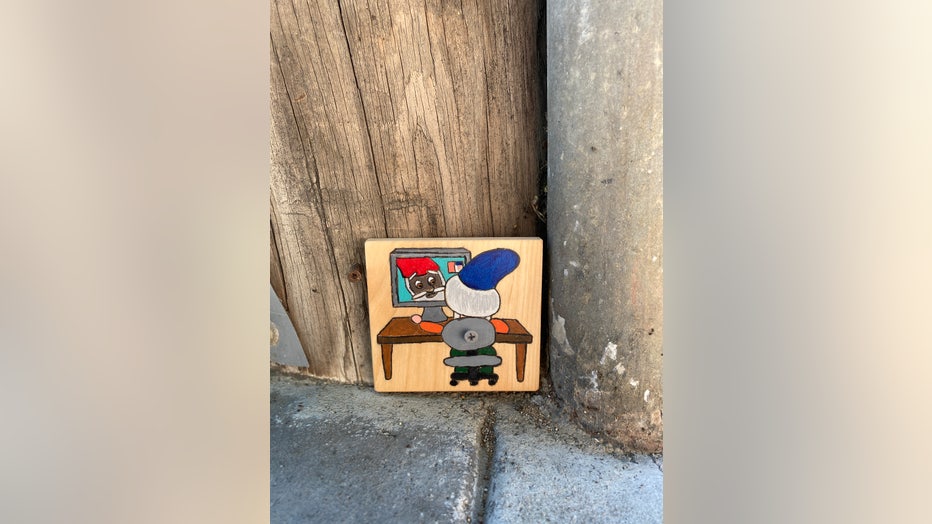 There is a Zoom gnome on at Staten and Van Buren avenues in Oakland. (Pawel Dlugosz)

He shared his photos with KTVU and said he has been delighted to discover this new batch of whimsical gnomes, especially during such dark times.

"Not sure who's the resident gnome maker is nowadays but these really brighten everyone's day," he said.

And therein lies the $64-million question. Who is painting them? 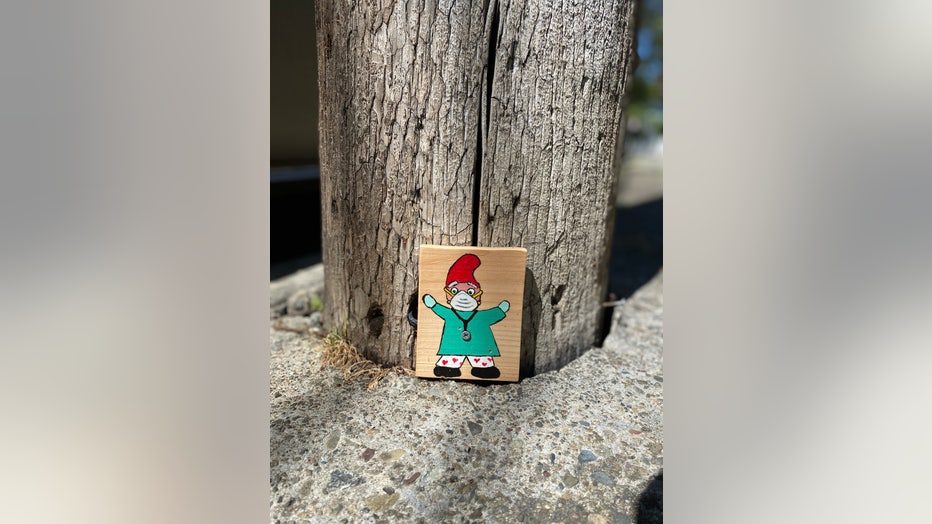 A healthcare worker gnome at the base of a pole in Oakland.

KQED did some research in 2018 and tracked the mysterious painter down. They called him "Dan." He told the radio station that he had been inspired by graffiti he’d seen in San Francisco, and decided to paint gnomes on wooden plaques, and then place them at the base of utility poles. He didn't sign the pieces and put them up quietly when he thought no one was watching.

Soon the neighbors started noticing. And talking. And giggling. And guessing. A Facebook group was created.

First Dan covered the whole Lake Merritt neighborhood. Then he went out into the rest of the city.

Within a year, there were hundreds of gnomes across Oakland. A reporter at the San Francisco Chronicle took notice and wrote a story about the gnomes.

A trail of gnomes stretches from Oakland all the way to Oklahoma.

KQED reported that Dan moved there a few years ago and says he has painted thousands of gnomes that live on telephone poles across the entire state.

And to a lay person's eye, it does appear as though Dan's work and the work of the coronavirus gnome artist are indeed different.

So, who is painting them now? 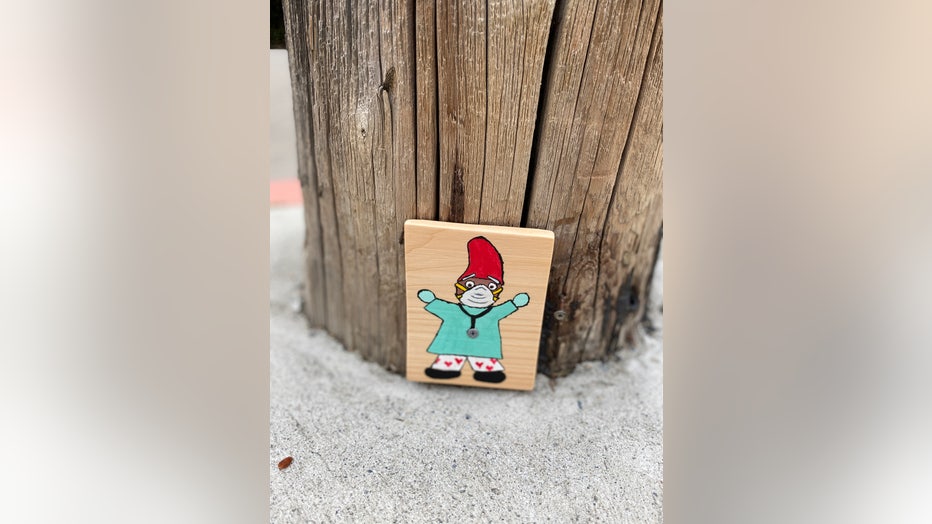