A high-end active wear company has closed its doors in San Francisco, saying it has been repeatedly targeted by organized shoplifters. The head of the company called San Francisco "a city of chaos."

SAN FRANCISCO, Calif., - Cotopaxi, a popular active wear brand is shutting down its only San Francisco store because of repeated break-ins.

"We are closing the store due to rampant organized theft and lack of safety for our team," wrote Davis Smith Cotopaxi Founder and CEO on Linkedin. "Our store is hit by organized theft rings several times per week." 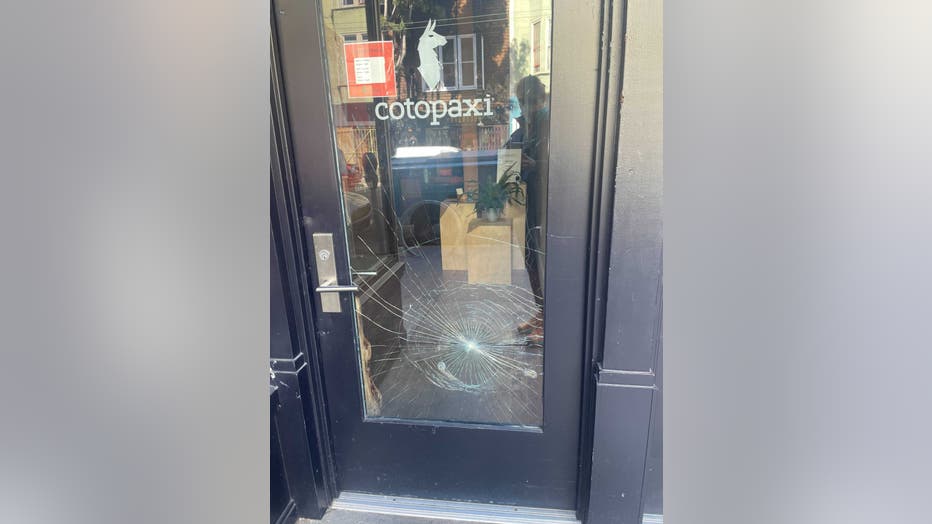 Cotopaxi will close its only San Francisco location because of repeated break-ins. (Photo credit: Davis Smith)

Smith says his company opened their shop on "charming" Hayes Street one year ago. But the store has experienced break in after break in ever since.

"Our first week there, our windows were smashed and thousands of dollars of product was stolen," wrote Smith. "We replaced the window, and it immediately happened again (four times)."

"They’ll have a woman go to the door, and then hiding individuals rush into the store as soon as the door opens," wrote Smith. "Our team is terrified. They feel unsafe."

Smith said security guards don't help and claims San Francisco recently announced a reduction of police presence in the Hayes Valley neighborhood. He said it is impossible for a store to operate when cities refuse to take any action, despite high taxes.

"San Francisco appears to have descended into a city of chaos," said Smith. "Many streets and parks are overrun with drugs, criminals, and homelessness, and local leadership and law enforcement enable it through inaction."

"Well, we've become a shoplifters' paradise, and it's anarchy,"said Silverstein.

He said he has witnessed first hand the kinds of mass thefts that Cotopaxi cites as its reason for closing.

"There are professional shoplifters that come in in gangs, that come from outside the Bay Area, and they've got a well oiled machine," said Silverstein. "They'll park somewhere, the gangs will come out, they'll hit stores, and they'll take a bunch of stuff. But, there's also the unhoused, there's also the mentally unstable."

Smith said Cotopaxi is working with nearby businesses to hire added security and convince police and San Francisco to help.

"Hopefully we can have the store open again," wrote Smith. "Fingers crossed."

Local merchants have said they're frustrated and reached out repeatedly to elected leaders and police looking for help, but any additional attention they receive is fleeting.

Supervisor Dean Preston's office said the closure of Cotopaxi is temporary, and they will be talking with the business Thursday.

The mayor's office also weighed in, saying public safety is top priority, and pointed to the new district attorney's efforts to recruit more police officers to increase accountability and safety throughout the city.