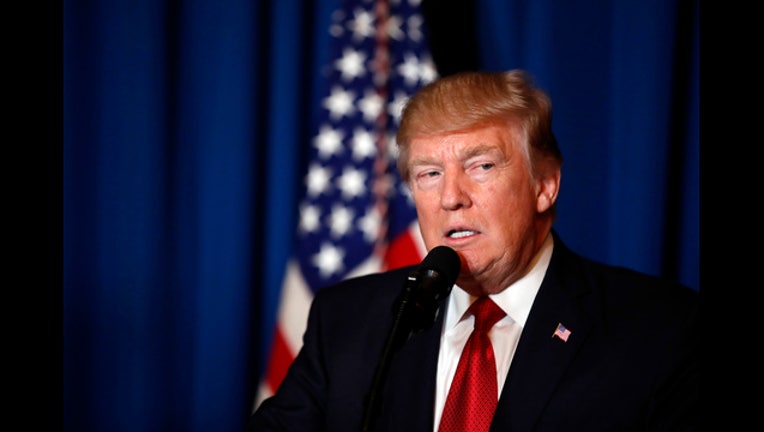 WASHINGTON (AP) -- The FBI obtained a secret court order last summer to monitor the communications of Carter Page, an adviser to then-candidate Donald Trump, because the government had reason to believe Page was acting as a Russian agent, The Washington Post reported Tuesday.

Page is among the Trump associates under scrutiny as the FBI and congressional committees investigate whether his presidential campaign had ties to Russia's meddling in the 2016 election. Trump has denied any wrongdoing, but the investigations could shadow his presidency for months or even years.

The Post, citing unnamed law enforcement and other U.S. officials, said the government surveillance application laid out the basis for believing that Page had knowingly engaged in intelligence activities on Russia's behalf. The newspaper said the application includes contacts Page had with a Russian intelligence operative in 2013.

Those contacts are detailed in a 2015 court filing involving a case against three men charged in connection with a Cold War-style Russian spying ring. According to the filing, Page provided one of the men documents about the energy industry. He was not charged as part of that case.

An FBI spokesman did not immediately return a call seeking comment from The Associated Press.

Page, who has denied having improper ties to Russia, told the AP Tuesday he was "happy" that the court order had been revealed and blamed the Obama administration for trying to "suppress dissidents who did not fully support their failed foreign policy."

"It will be interesting to see what comes out when the unjustified basis for those FISA requests are more fully disclosed over time," said Page, using an acronym to refer to the Foreign Intelligence Surveillance Act.

The FISA court and its orders are highly secretive. Judges grant permission for surveillance if they agree there's probable cause that the target is an agent of a foreign power. Though the standard is a high bar to meet, applications are hardly ever denied.

The Post reported that a 90-day warrant was issued for Page and has been renewed more than once by the FISA court.

Page was a little known investment banker when Trump announced him as a member of his foreign policy advisory team early last year. Trump aides insist the president has no relationship with Page and did not have any dealings with him during the campaign.

Page's relationship with Russia began to draw scrutiny during the campaign after he visited Moscow in July 2016 for a speech at the New Economic School. While Page said he was traveling in a personal capacity, the school cited his role in the Trump campaign in advertising the speech.

Page was sharply critical of the U.S. in his remarks, saying Washington has a "hypocritical focus on ideas such as democratization, inequality, corruption and regime change."

Days later, Page talked with Russia's ambassador to the U.S. at an event on the sidelines of the Republican National Convention. Attorney General Jeff Sessions spoke with the Russian envoy at the same event, a conversation he failed to reveal when asked about contacts with Russians during his Senate confirmation hearings.

The campaign began distancing itself from Page after his trip to Russia, saying he was only an informal adviser. By the fall, he appeared to have cut ties to the Republican campaign.

It's unclear how Page got connected with the Trump campaign. One campaign official said Page was recruited by Sam Clovis, an Iowa Republican operative who ran the Trump campaign's policy shop and is now a senior adviser at the Agriculture Department. Those who served on the campaign's foreign policy advisory committee also said they had limited contact with Page.

But in a letter Page sent to the Senate intelligence committee last month, he cast himself as a regular presence in Trump Tower, where the campaign was headquartered.

"I have frequently dined in Trump Grill, had lunch in Trump CafT, had coffee meetings in the Starbucks at Trump Tower, attended events and spent many hours in campaign headquarters on the fifth floor last year," Page wrote. He also noted that his office building in New York "is literally connected to the Trump Tower building by an atrium."

Page, a former Merrill Lynch investment banker who worked out of its Moscow office for three years, now runs Global Energy Capital, a firm focused on energy sectors in emerging markets. According to the company's website, he has advised on transactions for Gazprom and RAO UES, a pair of Russian entities.