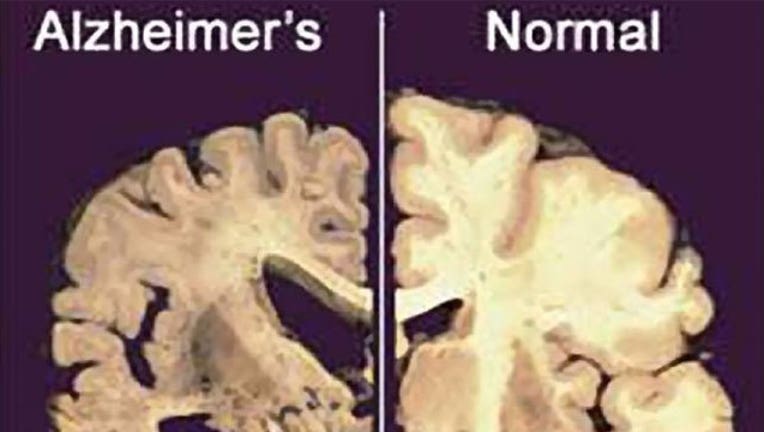 This image shows a cross section of a brian damaged by advanced Alzheimer's disease, left, and a normal brian, right. (AP)

In a first-of-its-kind clinical trial, researchers at the University of Miami Miller School of Medicine are using mesenchymal stem cells (MSCs) in an attempt to slow or reverse the symptoms of Alzheimer’s disease. The team is aiming to enroll 30 patients who will be tested and observed for cognitive function, memory, quality of life and brain volume over the course of a year.

“This is a phase 1 study; we want to prove that it’s safe,” Dr. Bernard Baumel, principal investigator and an assistant professor of neurology at the Miller School of Medicine, told FoxNews.com. “We minimally would like to see that it slows down the progression of the disease.”

Baumel and his team began investigating MSCs because of their anti-inflammatory properties and because they have shown the ability to develop into many different types of cells. The cells are also thought to promote neurogenesis, which allows the brain to produce new cells in the hippocampus, which is where new memory forms and Alzheimer’s disease begins.

“[MSCs] are anti-inflammatory and they promote indigenous stem cells in your body to proliferate,” Baumel said. “They stimulate cell growth and have a lot of attributes that are very advantageous for using them in humans.”

One such attribute is the ability to migrate to areas in the body in which they are needed. Baumel explained that if you were to inject stem cells into the body of someone who had no need for them, they would simply wither away and die. However, for the patients enrolled in the trial, due to the pathology of Alzheimer’s Baumel and his team hope to see the MSCs cross the blood brain barrier and help reduce inflammation, stimulate neural stem cells to proliferate and repair damaged areas. In a best case scenario, Baumel said the team would see MSCs remove the brain inflammation associated with Alzheimer’s altogether.

The approach has previously been tested in mice with promising results. Researchers pathologically altered the mouse to replicate Alzheimer’s disease, which saw an increase in amyloid plaque build-up and caused them to struggle to move through a maze. Mice treated with MSCs had a marked reduction in plaque and showed improved behavior.