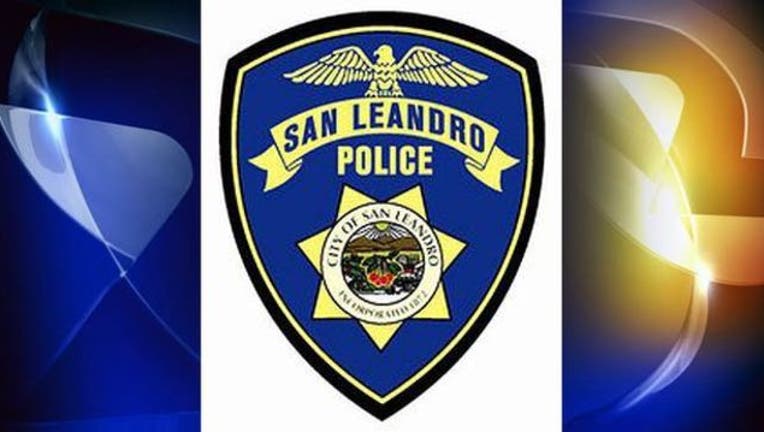 At 3:40 p.m., officers received numerous calls from people who witnessed a vehicle collision on East 14th Street at Oakes Boulevard, according to police.

Witnesses informed police the driver involved in the collision fled on foot east on Oakes Boulevard.

Officers discovered that the vehicle had been reported stolen out of Oakland, according to police.

When officers arrived in the area, they located the suspect near the corner of Dutton and Woodland Avenues, police said.

The suspect fled into the yards of homes and police set up a perimeter around Dutton Avenue, Woodland Avenue and Oakes Boulevard, police said.

A California Highway Patrol helicopter and officials with the Alameda County Sheriff's Office, along with a K-9, assisted police in their search.

After extensive efforts, the K-9 apprehended the suspect, who was hiding in a shed in the backyard of a house on Oakes Boulevard, police said.

"I'm very pleased with all the help we received from the community," Lieutenant Ron Clark said.

Officers are continuing to investigate the incident.

Police have not yet released the identity of suspect, pending positive identification.