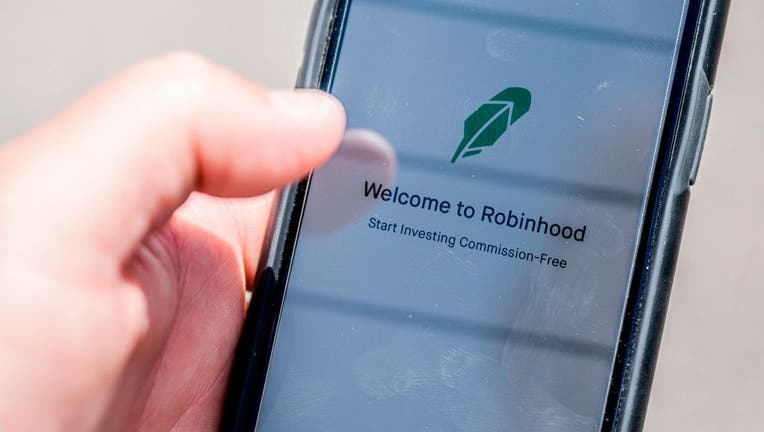 The Robinhood vestment app is see on a smartphone in this photo illustration on June 24, 2020 in Washington, DC. (Photo by JIM WATSON/AFP via Getty Images)

The California-based company will hire analysts, customer service staff and operations personnel at a Charlote-area location, according to a news release from Gov. Roy Cooper's office.

Robinhood, which announced last week it would go public later this year, received attention recently during a financial battle between online activist retail investors and institutional investors over companies such as GameStop.

The company plans to invest $11.8 million over the next five years and begin hiring for the project this year, according to officials.

"We’re confident that Charlotte’s workforce will further contribute to our mission and lower the barriers to investing for all," Robinhood executive Alex Mesa was quoted as saying in Cooper's news release.

In addition to Charlotte, Robinhood was also considering building the customer support center in St. Louis, Denver, Fort Mill, South Carolina and Tempe, Arizona, according to a state Department of Commerce document. This would be Robinhood’s fifth center, with centers in Tempe and Southlake, Texas, having opened in 2020.

The jobs announcement came moments after a state committee approved an incentives agreement whereby Robinhood could receive $3 million in payments over 12 years if it meets job-creation and investment thresholds. Under the agreement, average annual salaries for the new jobs must be at least $72,628.