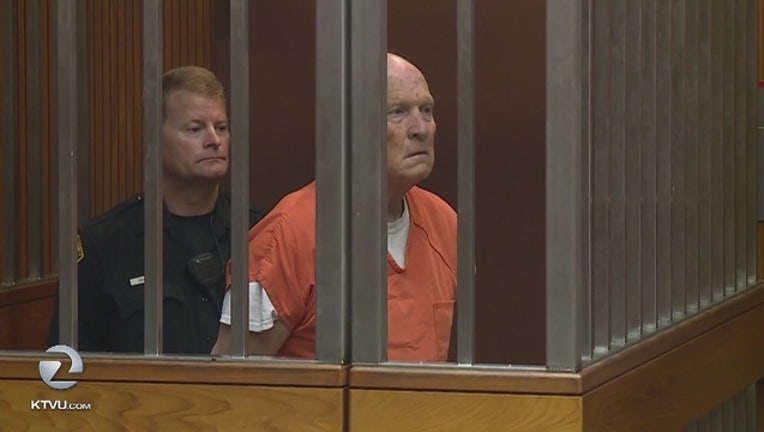 SACRAMENTO, Calif. (AP) - The man accused of being a notorious California serial killer who eluded capture for decades had been arrested by Sacramento police in the 1990s, years before he was connected to the murders.

That's according to court records obtained by The Sacramento Bee newspaper.

The Bee reports Joseph DeAngelo was arrested in a 1996 sting operation on allegations he had held up a gas station. Police had told wanted individuals they had won Super Bowl tickets. DeAngelo spent several hours in the Sacramento jail where he is now awaiting trial as the alleged "Golden State Killer." He was arrested last April.

Police say they had no way of knowing at the time he was a suspected murderer.

The gas station charges were dismissed and DeAngelo was found factually innocent.