What is salmonella infection and what are the symptoms?

People can get infected by eating contaminated food or drinking water, as well as by touching infected animals or their environment.

The U.S. Centers for Disease Control and Prevention is investigating a multistate salmonella outbreak linked to contact with wild songbirds and birdfeeders.

As of March 30, a total of 19 people have been infected with salmonella in eight different states which include New Hampshire, Kentucky, Tennessee, Mississippi, Oklahoma, California, Oregon and Washington.

Of the 19 people infected, eight have been hospitalized. No deaths have been reported, according to the CDC.

The CDC stated that "there are reports of wild songbirds, such as pine siskins (small, streaked, yellow-tinged songbirds in the finch family) sick with the same strain of Salmonella that is making people sick in this outbreak. Salmonella germs can spread between species of birds, to pets, and to people." 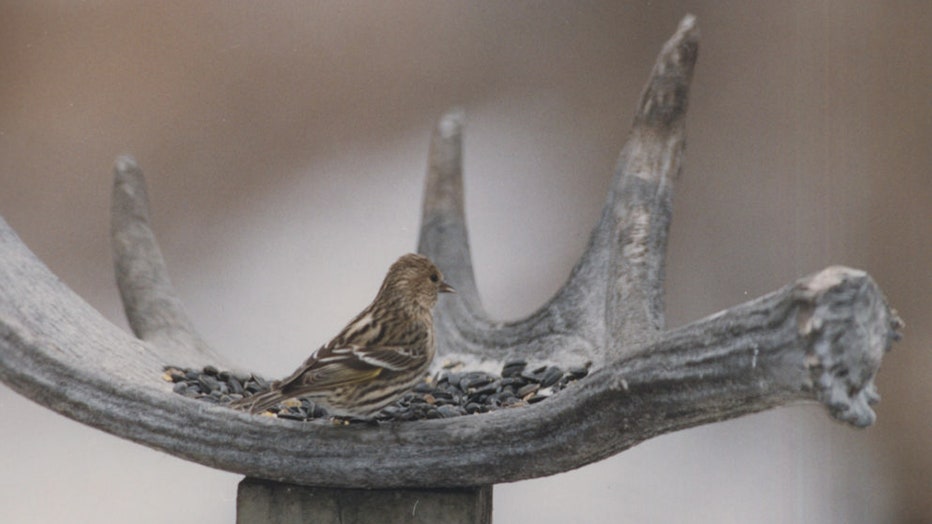 FILE - A pine siskin visited a feeder made from the antler of a moose.

During their investigations, 13 of the people who became ill reported owning bird feeders and two reportedly had contact with a wild sick or dead songbird. Five people noted that they have dogs or pets that have access to the outdoors, potentially making them vectors for spreading infection.

The age range of the infected is 8 to 89 years with 63% of them being female, according to the CDC.

Symptoms of salmonella include diarrhea, fever, and stomach cramps and may show anywhere between six hours to six weeks of ingesting the bacteria, according to the CDC. With proper treatment, most people recover from a salmonella infection within four to seven days.

As of April 1, the CDC has issued an investigation notice and warned people against touching or hand-feeding any wild birds with their bare hands. If a person does come in contact with a wild bird, they must thoroughly wash their hands.

Reports of sick or dead wild songbirds have been circulating since January.

A majority of reports have been coming out of the western U.S., including in the Lake Tahoe region, wildlife officials say.

The Tahoe Institute for Natural Science and Lake Tahoe Wildlife Care issued an alert in early February for the public to be on the lookout for sick or dead finches associated with bird feeders.

"The current die-off of finches - such as pine siskins - as well as other songbirds, is attributed to salmonellosis, a common and usually fatal bird disease caused by the salmonella bacteria," Washington Department of Fish and Wildlife veterinarian Kristin Mansfield said in a news release. "When birds flock together in large numbers at feeders, they can transmit the disease through droppings and saliva."

The spread of the disease this winter could be exacerbated by what appears to be an "irruption" of winter-roaming finches- an anomaly where finches and other species that generally winter in the boreal forest in Canada and the far north move south and are spotted in areas in larger numbers than non-irruption years, according to WDFW.

Anyone who observes dead or visibly sick finches should contact their state wildlife agency for information about reporting dead birds in your area.

The Associated Press and Q13 FOX contributed to this report.