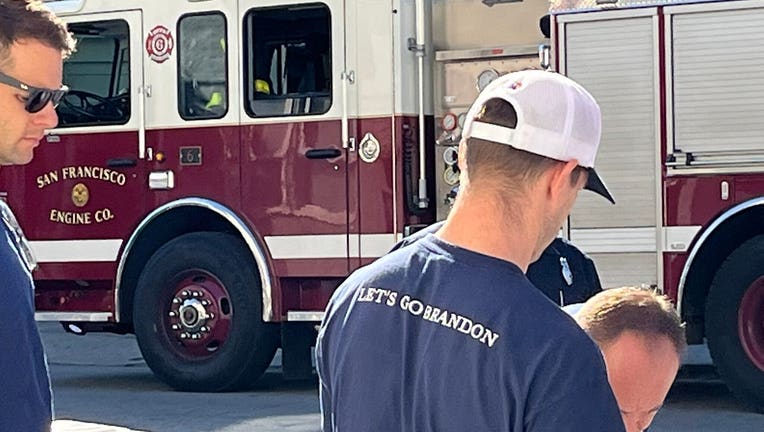 A San Francisco firefighter wore a shirt with the conservative phrase "Lets Go Brandon" written across the back while on duty Saturday morning.

The phrase has become conservative code for something far more vulgar: "F—- Joe Biden." It’s all the rage among Republicans wanting to prove their conservative credentials, a not-so-secret handshake that signals they’re in sync with the party’s base.

One man saw the firefighter wearing the shirt, took photos and posted them on Twitter.

He tagged San Francisco Mayor London Breed, District 8 supervisor Rafael Mandelman, and the San Francisco Fire department. In the tweet he asked "Is this the new uniform of SFFD?"

"This is not the official uniform of the SFFD. This will be handled immediately. Thank you for bringing it to our attention," said the fire dept.

The dept. did not say what repercussions the firefighter may face.