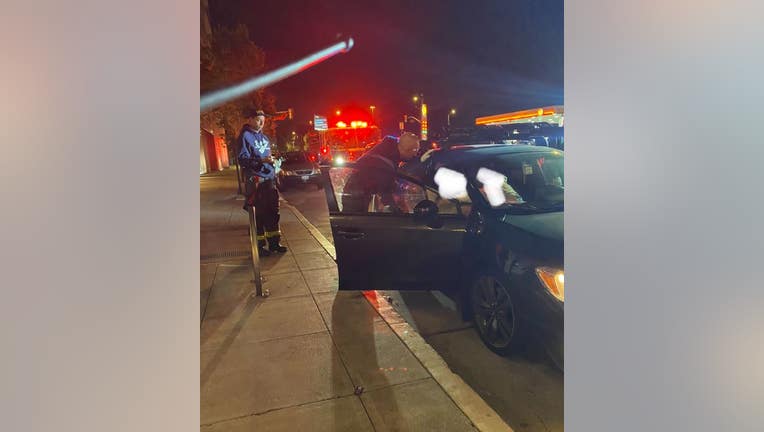 San Francisco firefighters and police on Friday night helped a woman give birth after she went into labor while on the road. (@SFFDPIO on Twitter)

Police officers responded to a call for help from a motorist who was trying to get to the hospital to have a baby. However, the baby had different ideas and was in the process of emerging when the officers arrived at the parked car, San Francisco Fire Department officials said on social media.

The officers "quickly used their training and skills to assist and comfort the family and newborn," fire officials said.

Then, as firefighters arrived minutes later, another baby arrived, according to fire officials.   Both babies and the mother were taken to the hospital and are healthy, fire officials said.