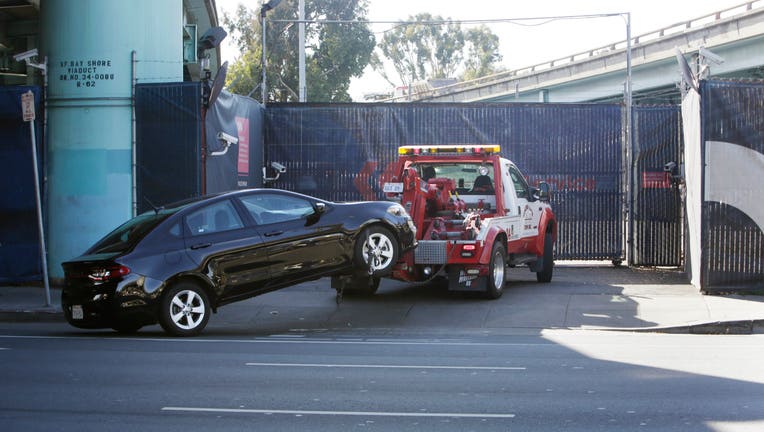 A tow truck is seen towing a vehicle to the Auto Return on 7th Street on Tuesday, December 1, 2015 in San Francisco, Calif. (Photo By Lea Suzuki/The San Francisco Chronicle via Getty Images)

SAN FRANCISCO - People parking illegally in San Francisco now have the option of receiving a text message before their vehicle is towed as part of a pilot program announced this week.

The San Francisco Municipal Transportation Agency called the program the first of its kind and will allow people to receive text messages if a tow truck has been dispatched because of vehicles blocking driveways, parking in construction zones or temporary zones such as for special events, and for parking in spots for more than 72 hours where that is not allowed.

Those violations made up about 27 percent of all vehicles towed in the city in 2020. The program will not extend to illegal parking in peak-hour tow-away lanes, yellow or white zones, hazards or other violations, according to the SFMTA.

If the vehicle's driver returns before the vehicle is hooked up to a tow truck, it will not be towed but a parking violation ticket will still be issued.

People can register their vehicle for the program here.