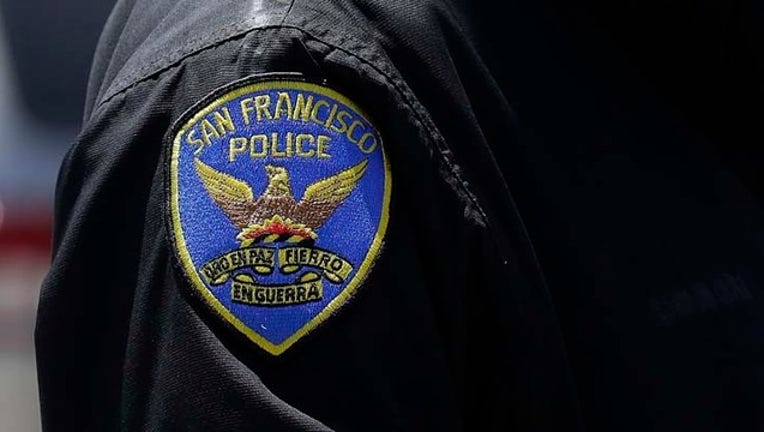 Those texts have now turned a small-time police corruption case into a racially charged scandal, thrusting a diverse and liberal city into the national debate over policing in minority communities.

"We now know this can happen in San Francisco," San Francisco District Attorney George Gascon said. "We're certainly not immune to the problems that we have seen in Baltimore, Staten Island, South Carolina."

The San Francisco turmoil comes amid growing tensions between police departments and communities of color. Large, sometimes violent protests over police treatment of black suspects have occurred in several cities over the last two years.

That has put police under a microscope. Three Fort Lauderdale, Florida, police officers were fired last month and a fourth resigned after they were found to have exchanged racist messages about colleagues and the predominantly black neighborhood they patrolled.

In San Francisco, Police Chief Greg Suhr has moved to fire eight officers, two of whom have since retired. Six others also are facing some kind of discipline.

The district attorney, meanwhile, is looking into whether the department's racial problems run deeper than the officers implicated.

"In the process of looking at the text messages, increasingly I became uneasy that this may not be localized to the 14 officers that were being reported, but that we may have some systemic issues," Gascon said.

San Francisco Police spokesman Albie Esparza says the department supports the district attorney's examination, but disputes any suggestion that the police force of 2,100 sworn officers may suffer from systemic racism.

"This was an isolated incident," Esparza said. "To say it's systemic is unfounded."

The San Francisco police department hasn't faced widespread allegations of discrimination since Officers for Justice, a group of minority officers, sued the department in 1973. After the Department of Justice joined the lawsuit, the department settled the case in 1979 and agreed to hire more minorities and women. Nearly half of the sworn officers are minorities today.

Lawyers for several implicated officers characterized the text messages as "banter" and failed attempts at humor. In one, Sgt. Yulanda Williams was called racist and sexist names by one of the texting officers when she was promoted to sergeant in 2011.

"We really have not moved as forward as we thought," she said. "I'm not prepared to say this was an isolated incident. This is just the tip of the iceberg."

At least one of the accused officers, Michael Robinson, is white and openly gay. Another, Sgt. Ian Furminger, is white. Police officials have so far declined to release the racial composition of the other implicated officers.

Officer Rain Daugherty said in a lawsuit filed Monday to halt his termination that he is "deeply ashamed" of the texts he wrote and that they are "unreflective of his strong commitment to exemplary community policing of all San Francisco's diverse citizens." Daugherty argues that he and the other officers shouldn't be fired because the department obtained the inflammatory texts in December 2012 but didn't start the disciplinary process until two years later.

The department says the texts were part of the corruption investigation and couldn't be disclosed to administrators until the criminal cases concluded.

It all started at the Henry Hotel in San Francisco's gritty Tenderloin neighborhood.

Hotel residents arrested in police raids began complaining in late 2010 to their public defenders that officers had entered their rooms without warrants and, on occasion, stole their valuables.

Public defender Jeff Adachi and his staff then obtained and sifted through 18 months of video surveillance captured by the hotel's security cameras. The videos showed officers entering the building then leaving with bags and other items that were never accounted for in evidence logs or court proceedings. The video also appeared to show officers entering rooms without warrants or permission from the residents.

The public defenders used the videos to confront and contradict officers' testimony, leading to several criminal cases being dismissed. Adachi also called a news conference to announce his findings, releasing the incriminating videos.

Furminger is currently serving a 41-month prison sentence in a Colorado prison. He is appealing his conviction, and his attorney Mark Goldrosen declined comment.

In a court filing, Furminger denied that he was "a virulent racist and homophobe." The court filing said Furminger's "close friends include many persons of different races and different sexual orientation."