The toxic smoke billowed into nearby apartments Wednesday afternoon until firefighters arrived.

The incident happened at the corner of Eddy Street and Leavenworth Street shortly after 4:30 p.m.

Police were reportedly looking east toward Eddy and Jones Streets as they searched for the person responsible and had blocked off traffic in the area during the incident. 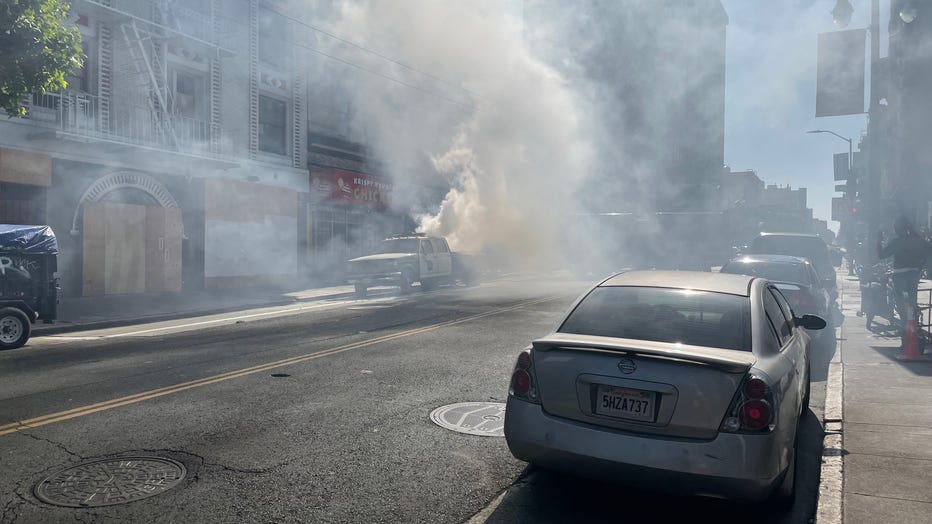 Residents at one apartment building began to evacuate when the thick, black smoke began billowing in through windows in the building.

As of Thursday morning, police had not made any arrests. There's also no word on what prompted the individual to set fire to the police truck. 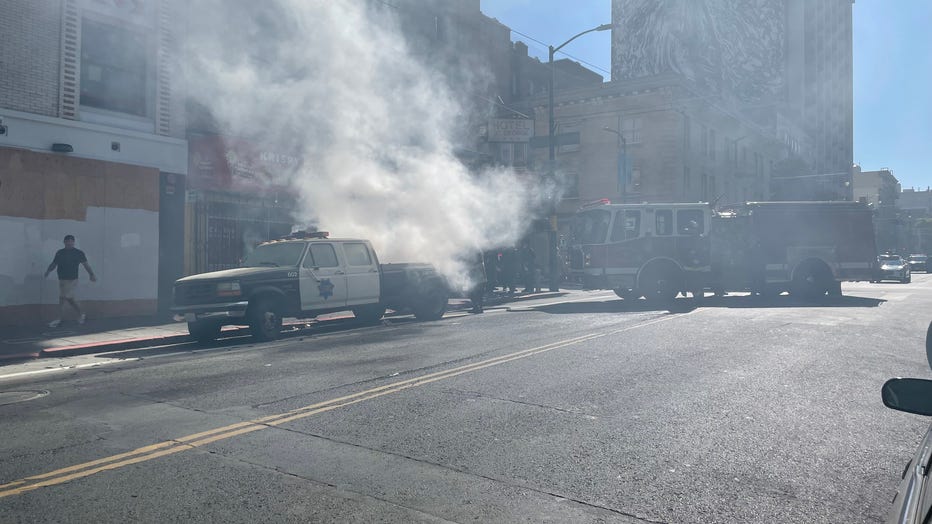