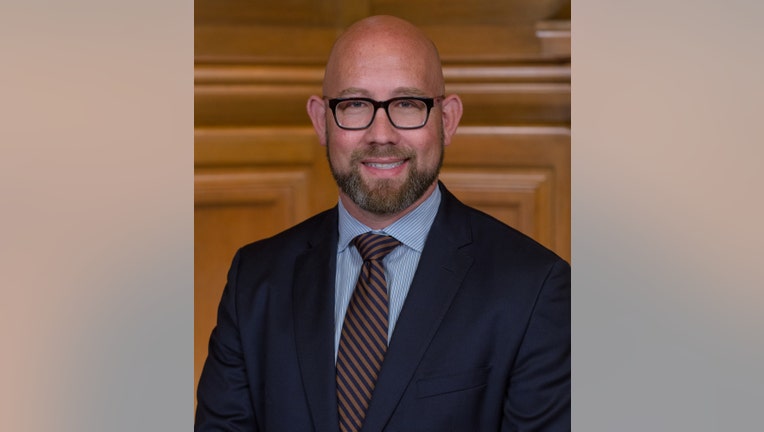 Rafael Mandelman, San Francisco District 8 Supervisor in a 2018 photo. District 8 includes the Castro, Glen Park, Noe Valley, Diamond Heights, and Mission Dolores. Supervisor Mandelman is the only LGBTQ member of the Board of Supervisors. (Photo cour

Under Mandelman's proposed legislation, a new zoning category for adult sex venues would be created, making way for such businesses to be permitted in historically LGBTQ-affiliated neighborhoods like the Tenderloin, South of Market, Upper Market, and Castro.

The proposed legislation builds off legislation drafted by Mandelman in 2020 that updated stringent city health and safety standards governing commercial adult sex venues that were first imposed in 1984 -- the height of the AIDS epidemic. At the time, the city sued operators of gay bathhouses and other consensual adult venues, citing them as a public nuisance and prompting most to close.

Although the 2020 update took into account the advancements in sexual health awareness and preventative measures and was approved unanimously by the Board of Supervisors, the city's Planning Department determined that bathhouses didn't fall under the city's adult business planning code.

"During the 1970s and early 80s bathhouses were a focal point of gay social life in San Francisco and were important community meeting places where friends would gather to share stories, or watch a live show," Mandelman said in a statement.

"This ordinance is about completing the work we began in 2020 to overcome the lingering stigma of a painful chapter in the history of San Francisco's queer community by once again welcoming these safe, LGBTQ-affirming spaces in our city, and paving the way for queer entrepreneurs to open them up and contribute to our post-pandemic economic recovery," he said.

Mandelman, whose district includes the Castro, is the board's only LGBTQ member.

Eros SF was one of the few remaining gay bathhouses in the city, but in December the business closed the doors at its longtime 2051 Market St. location.

"After 30 years, Eros spent over six months searching for a new location where our legacy business could continue to offer a safe, relaxing sex club," Eros SF co-owner Ken Rowe said. "When we did find a location, in a historic bath house just one block from the Market Street corridor, where the landlords were interested in our business, the location didn't allow adult businesses. These zoning changes can keep our business going and offer more variety of safe experiences for tourists and locals."

The Planning Commission is expected to consider Mandelman's proposal sometime next month, before heading to then heading to the Board of Supervisors' Land Use and Transportation Committee.