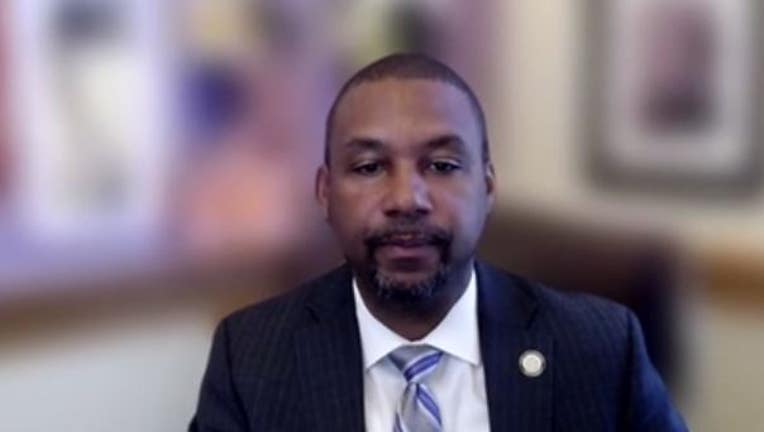 SAN FRANCISCO - The president of the San Francisco Board of Supervisors has responded to the report of allegedly using a racial slur against and berating a sheriff's department cadet at a City Hall security checkpoint last month.

The Chronicle reported Friday that Supervisor Shamann Walton, a Black man who represents the city's Bayview District, was admonished by the undersheriff in a memo from June 26 that was obtained by the paper.

According to the document, Walton was frustrated that the cadet, who is also Black, made Walton remove his belt rather than using the metal-detector wand. According to the sheriff's department memo, Walton acknowledged using the n-word a "few times" during a heated exchange. The paper reports the memo was written on the advice of the city's human resources director to document a potential hostile work environment.

In a written statement, Walton said he considers the account by the sheriff's office to be retaliation and that this is not the first time he's been, "mistreated or targeted by this individual."

The sheriff's memo said Walton has been upset at the security checkpoint before and argued his use of the slur could be defended.

Walton said he's been a proponent of holding law enforcement accountable and has a record of seeking transparency from the department adding, "No other Supervisor has been a thorn in the Sheriff's department side than me."

"There is no surprise that incidents that transpired on June 24, 2022, are more colorful and salacious than what I experienced on that day," Walton's statement read. He said the memo is an attempt to vilify his character.

"I would never expect the Sheriff's Department to provide an accurate account of what transpired between two Black men."

Walton said he's complained in the past about the unfair treatment at the security checkpoint and alleges that security protocol was not appropriately followed on the day in question.

The board president added the cadet on that day is not the only employee to show "disdain" for him because of his calls for accountability at the sheriff's department.

"I am used to this line of accusations being Black and I expected this retaliation at some point with my demanding sheriff oversight," he said in his closing line.

Nowhere in Walton's memo does he acknowledge or admit to using any slur. The Chronicle interviewed the cadet who said Walton also verbally threatened him.