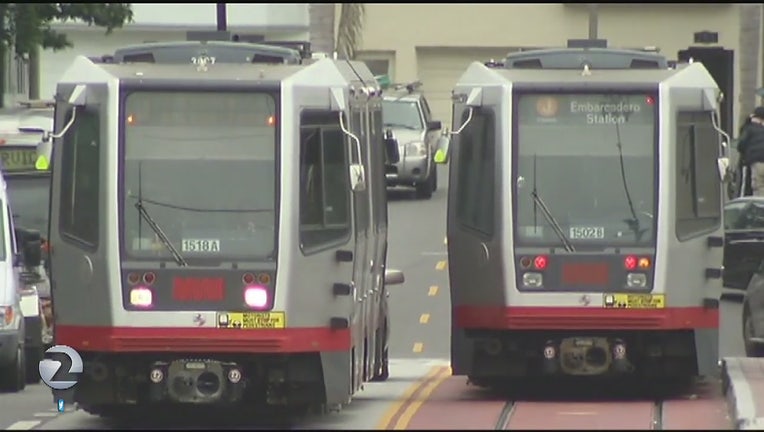 SAN FRANCISCO - San Francisco Supervisor Dean Preston on Tuesday called on the San Francisco Municipal Transportation Agency to reinstate all of its transit lines and service hours to pre-pandemic levels by the end of this year.

Muni shuttered several routes, including underground rail lines and cable car service, and reduced hours at the start of the pandemic in March 2020 due to historically low ridership.

Although underground rail returned in May and cable car service is set to come back next month in limited fashion, 12 bus lines remain discontinued.

During Tuesday's Board of Supervisors meeting, Preston introduced a resolution to urge Muni to reinstate all transit lines and restore pre-pandemic service hours fully by Dec. 31, 2021. The resolution also calls for Muni to put forth a plan to restore the lines by the end of August.

"Once the SFMTA receives the latest funds from the American Rescue Plan, they will have received a total of $1.1 billion in federal money during the COVID-19 pandemic," he said.

And despite already receiving hundreds of millions in unanticipated COVID-19 relief funds, "the city's buses and trains are operating well beneath full capacity and it's unclear when and if the system will return to pre-pandemic levels," he said.

"The SFMTA continues to lack a public plan to fully restore all lines and service hours to pre-pandemic levels and I remain concerned with this lack of clarity by the SFMTA and lack of transparency with the public," he said.

"Even with the massive investment I've just described that was increased last week, SFMTA has not presented a plan or even their metrics for when many of the neighborhood and community lines will return," he said. "There is a very serious concern whether the longer term goal is to reduce coverage, even while Muni remains committed to increasing ridership."

Preston said full Muni service is urgently needed as most COVID-19 restrictions have been lifted and residents are returning to work.

"All of these lines should be back at minimum by the end of the year," he said. "At minimum, residents of San Francisco, a transit-first city by charter, deserve to a written commitment from SFMTA as to when all these lines are coming back.

Muni did not immediately respond to a request for comment.